In its premier year, TFM‘s Facility Executive Of The Year Award is a distinct accolade. It recognizes the outstanding work done by a facility professional on a single project, making it the only award of its kind. 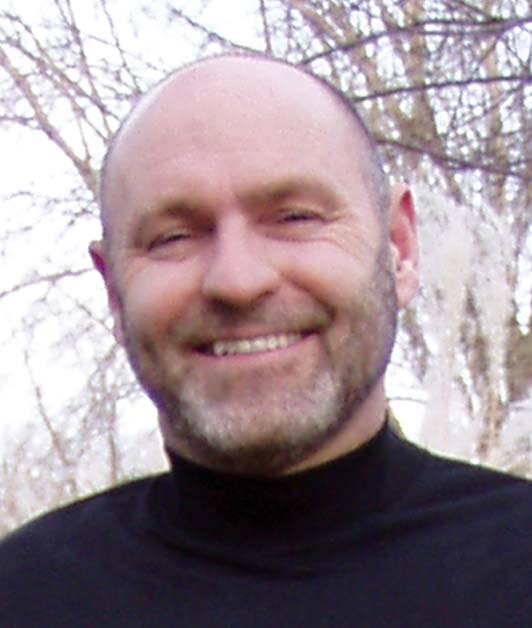 One nominee was particularly outstanding, and that was the entry submitted on behalf of Kelly Olds. This nominee surpassed the others in terms of the judging criteria, which included innovation, vision, overall human improvements, and impact on the bottom line and as a result of the project.

The nominee’s ability to innovate is demonstrated in the recently completed construction of a 158,000 square foot office building and 860 stall parking garage. The project answered a need to consolidate seven facilities housing 600 employees previously scattered throughout the city in primarily leased spaces.

The first challenge of the project involved removing a city street which separated the new building from existing headquarters. Olds met with attorneys, engineers, city personnel, and adjacent landowners, as well as attending public hearings to accomplish this task.

Anticipating that growth at the company would lead to future parking requirements, Olds had the new garage designed with allowances for expansion. Accordingly, the garage was engineered to allow the easy addition of a fifth floor. Olds also demonstrated tremendous foresight by creating a facility that was both functional and forward thinking. By collaborating with the technology teams, Olds created a layout designed for the latest in networking and IP capabilities. The architectural firm, Holland Basham Architects (HBA), was asked to a 2000 square foot raised floor system (for major computer equipment), but an additional 2800 square feet of raised flooring was included in a nearby open office area, in case of future lab expansion. Judge Tim Springer commented, “Olds took an innovative view of the project goals and anticipated future needs, incorporating features that will accommodate change.”

To streamline management efforts, the Web based program E-builderú was employed. This gave the entire team equal access to project data with simple Web browser technology. Within minutes, all team members could initiate, post, or view an RFI (request for information), so everyone would be aware of a particular need-whether it was a change in dimension or a location for layout.

This management process saved numerous phone calls, documented responses, and allowed for input from everyone in order to speed the work process. The end result was dollars saved in time management, production, and labor efficiency. (The project had 407 RFIs initiated, and the average turnaround time was within minutes or hours rather than days or weeks.)

His true skill showed in his ability to work with vendors and clients to collaborate in the best interest of West. This kept the job moving through delays, challenges, and potential setbacks.

“Olds is very much an advocate for West’s construction partners, and in return expects they will be acting in West’s best interest. This is demonstrated in his meetings, problem solving, acts of appreciation, timely payments to vendors, and his expectations of everyone involved in his projects,” added Skip Hanson, Olds’ supervisor at West.

Olds’ philosophy of teamwork and equality was also instrumental in the design of the interior layout. The perimeter of the finished floors was left unobstructed by private offices and conference rooms built from a glass tile demountable wall system. This gives all employees natural light and a feeling of equality in the space.

This sensitivity didn’t end with construction. In anticipated of the impact relocation would have on employees, Olds assigned Sue Turnovsky, corporate director of facility management, to head up the transition team. Welcome information was provided, and a campaign was created entitled “Dial ‘M’ for Move.” Gift bags and toys were distributed to create excitement and generate positive attitudes during the transition.

2003 Facility Executive Of The Year Judges

Explains Christine Hill, senior project administrator with AOI Corporation (and Olds’ nominator), “Olds’ approach, philosophies, and actions have earned him the respect and admiration of West executives, architectural and construction firms, and the employees who have benefitted from his construction projects. His latest project has been a remarkable effort; one that sets the standard for the way things can and should be done.”

Judge Springer added, “the actions, innovation, and leadership [demonstrated here] are an excellent representation of the best that facility management can be.” The result of Olds’ approach and leadership has left everyone involved in the project with a sense of pride and gratitude to have been part of such a remarkable effort. His team approach allowed West to create a flagship facility and realize an upfront savings of over a million dollars and a project delivery date four months earlier than anticipated.

This article was based on the nominee’s entry and supplemented by interviews with Olds.