Following a protracted campaign to achieve Congressional passage of legislation on this critical initiative, the “Terrorism Risk Insurance Act of 2002” was signed into law at the White House on November 26, 2002. The new legislation provides federal funding backstops for terrorism insurance and pressures insurance companies to offer this protection to building owners and property managers.

“The attacks of 9/11 devastated lives, leveled buildings, and seriously, seriously disrupted our economy,” President Bush said as he signed the legislation. “Businesses suffered. The stock market halted trading. Many insurance companies stopped covering builders and real estate owners against the risk of attack. Premiums skyrocketed. Protections were diminished. More than $15 billion in real estate transactions were canceled or put on hold because owners and investors could not obtain the insurance protection they needed. The Terrorism Risk Insurance Act will provide coverage for catastrophic losses from potential terrorist attacks,” Bush explained.

History Behind The Bill

For perspective, consider the background leading up to this crucial development. The attacks of 9/11 cost the insurance industry billions of dollars. While insurers publicly stated they would be able to honor claims resulting from those events, executives of the reinsurance and insurance industries testified before the U.S. House of Representatives’ Financial Services Committee that new policies would be likely to exclude both acts of terrorism and acts of war. Those testifying also said reinsurance for terrorism was unavailable in the marketplace at that time.

Many owners of commercial properties have been advised their policies may not be renewed or that their new policies will exclude terror/war risks. Without adequate insurance, it will be difficult-if not impossible-to operate or acquire properties, refinance loans, and to sell commercial-backed securities. Disappearance of coverage for terrorist acts for real estate and other businesses could severely disrupt the economy.

For more than a year, BOMA International advocated the federal government play a part in changing these policies. With the federal help behind them, commercial property owners and other businesses could obtain insurance coverage for damage from acts of terrorism and collectively force the hand of insurance companies to start offering the policies again.

The new law stipulates that once the backstop is triggered, 90% of damages will be paid with federal funds. The federal backstop will be in place for three years, with federal funds kicking in after $10 billion in damages is incurred the first year, $12.5 billion the second year, and $15 billion the third year. Individual company caps for damages would be set at 7% of premiums the first year, 10% the second year, and 15% the third year.

The bill does not cover group life insurance unless a finding is made that the coverage is exorbitantly expensive or unavailable. Workers’ compensation may be covered under specific circumstances.

Hard Work And The Turnaround

For months, terrorism insurance legislation appeared to be hopelessly deadlocked by an unwillingness to compromise on the parts of the Republican controlled House and the Democrat controlled Senate. Conference committee members could not agree on what degree, if any, tort reform provisions should be included in the final bill. To complicate the dilemma, President Bush had indicated that he would not sign legislation into law unless it included a prohibition on punitive damages.

However, in mid-October, after much pressure from BOMA International and other business groups, the White House unexpectedly opted to accept legislation without the tort reform language. This led to an agreement between the White House, Senate negotiator Sen. Chris Dodd (D-CT), and House negotiator Rep. Michael Oxley (R-OH).

The administration’s change of heart became the compromise that allowed a Congressional conference committee to agree on key provisions of the legislation. The Conference Report was passed by both the House and the Senate during the lame duck session of Congress that followed the November elections and was subsequently signed into law by President Bush.

While BOMA International supports the tort reform provisions, it was unwilling to see the overall effort die due to the stalemate. BOMA International stated its message loudly and clearly to the White House: this legislation must be enacted-with or without the tort language. Congressional leaders have indicated that the tort reform provisions will be debated separately in the 108th Congress.

BOMA International officers, staff, and members held countless meetings with key congressional representatives, including conferees, President Bush, and then-Secretary of the Treasury Paul O’Neill to ensure action was taken on this issue.

So what will this mean for commercial real estate? The Treasury Department will establish a new Terrorism Risk Insurance Program Office to implement the new law.

Already, two rounds of interim guidance have been issued. These documents are designed to help insurers comply with the new law. The first document-released last December-addresses how to comply with the requirement to tell policyholders about the availability of terrorism insurance coverage.

The Treasury Department issued a statement telling insurers they must make terrorism insurance coverage available “that does not differ materially from the terms, amounts, and other coverage limitations offered to the policyholder for losses from events other than acts of terrorism.”

In general, insurance companies have 90 days to notify policyholders of the program and of changes in their coverage and premiums. In some instances, policyholders may have to respond affirmatively within 30 days of such notice to be covered by the program.

The second interim guidance document-also released in December-addresses which types of insurers are required to comply with the new requirements, the geographic scope of insurance coverage required under the law, how insurers can calculate their deductibles, and how parent and affiliate companies are treated under the law.

Additional guidance and regulations are expected over the next several months, and BOMA International will be actively involved in the process to ensure the new law is implemented in such a way as to provide the maximum benefit to policyholders.

While the final bill’s ramifications won’t be realized until a later date, terrorism insurance will certainly have a tremendous impact on the nation’s economy and virtually every type of business. 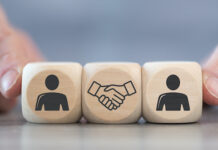 BOMA and BOMI Collaborate To Provide Education And Training