This past spring, the CSI board selected Karl Borgstrom as executive director of its construction membership society. He had previously worked in various positions as an administrator at the University of California, public affairs manager in a construction company, vice president of the Construction Management Association of America (CMAA), executive director of the Management Education Institute at the National Electrical Contractors Association, and more recently, as the CEO of the American Boat and Yacht Council.

With an eclectic, professional background that shows adaptive, organizational leadership skills, Borgstrom will be called upon to deliver CSI’s latest message in discussing the newest version of MasterFormat.

Described as the Dewey Decimal System for the commercial construction industry, MasterFormat is being updated this year to include facility management responsibilities and concerns. In 2003, TFM had an opportunity to talk with Borgstrom about his goals for CSI.

TFM: How did you initially get involved in the construction industry?

KB: A good friend of mine who was the head of Jones Brothers Construction in Los Angeles said he was becoming the second president of the Construction Management Association [of America]. He asked if I would like to come down and work for him. CMAA had an association management group in Washington D.C.

So I went down and joined that company, acting as a shadow executive director for the Construction Management Association. I did some corporate training to earn my overhead keep in the construction company. That was a really good experience, but it was a real sheep dipping kind of a thing. I learned a lot in a hurry.

TFM: What are your goals as executive director?

KB: They are tied to the goals of the overall organization. We have a very strategic, ambitious plan that was established in the 1998-1999 timeframe.

There are two primary goals within that plan. [One is to] become a gateway professional development institution both for our members and for the design and construction industry.

As you probably already know, our members are not just professional specifiers. That is a relatively small segment. Most of our people have much broader roles as either constructors, architects, or other types of design professionals. It’s a broad range of activities that we can potentially serve there.

The other goal is to be an integrative force for the construction industry.

TFM: How would you characterize the relationship between facility management and the construction industry?

KB: To the extent that the construction side of the house is beginning to recognize [facility management] as significant in the overall lifecycle of every project. This has occurred very slowly and grudgingly because there aren’t many dollars attached to it for contractors. But in serving owners’ interests in getting a long term return on their investment, all of the parties are increasingly involved. The benefit to the construction industry is that they take the life cycle and relate to it. This could be an ongoing process for them. It could extend that relationship with the facility manager.

TFM: With the New Master Format, why the decision to include more facility management aspects?

KB: One of the thrusts of the expansion is the life cycle of the built environment, rather than restricting it to there is a design phase, there’s a procurement phase, and there is a construction phase-that’s it.

It’s lengthening out that chain of activities in effect. We’re not just talking about bricks, steel, or mortar anymore, we’re talking about buildings that are much more complex in the integrated technologies in buildings. Those complexities will continue to exist during the 40 or 50 years of the life cycle of that building.

You need to know where to be able to access the [information about the] different elements of that structure as it continues to exist and continues to be maintained.

KB: If you have got a record of the design and development of the project, again based on this common language [MasterFormat], it drives it all the way through. The contractor could be out of business, but if you have a coherent record of the construction of that building, then whoever takes over, such as the facility manager, has a much easier time getting the job done.

TFM: As someone with public affairs experience, are there any areas of communication that CSI can improve on?

KB: One of the critical areas is where we establish alliances, whether they are formal or informal. They need to not be simply nominal alliances, but they need to be real. Alliances, as in any other negotiated contract, should be an exchange of value. What I would like to do, is make these effective alliances so that they really achieve something.

TFM: What can CSI do to initiate greater development in sustainable design?

KB: We are looking at the elements of that common language that we’re putting together with this revision of the master format, and expanding it to include green concepts.

TFM: With the economy still struggling and uncertainties in the world, what strategies are CSI carrying out to enable more business?

KB: Because we work with such a diverse constituency, we [are not] dealing with construction managers where we can put out a specific marketing message. Ours is more related to helping our people do a better job and arming them with the tools to do that. Master Format is part of that strategy. It’s still a work in progress, but 16 divisions is inadequate. It’s not doing the job in the modern world. At the very least, we need to change the numbering system. We have some other directions we need to incorporate in the process if it is truly going to represent the built environment rather than just commercial construction.

TFM: Lee Evey’s work on the Pentagon project has proven that there can be both time and cost efficiencies in construction. What kind of important lessons can be applied to future projects based on what he has done?

KB: It demonstrates how there can be a real commitment that transcends the normal semi-adversarial relationship where all of the parties are looking after themselves. When the parties are united by something that’s larger than their own self interests, maybe that means things get done-people don’t sit around and bicker and squabble.

So why can’t we adopt that as the norm rather the exception? It relates back to the integration goal. Design and construction need to perform more as a service to the people who are paying the bills. 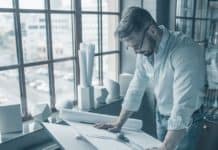 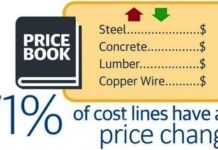