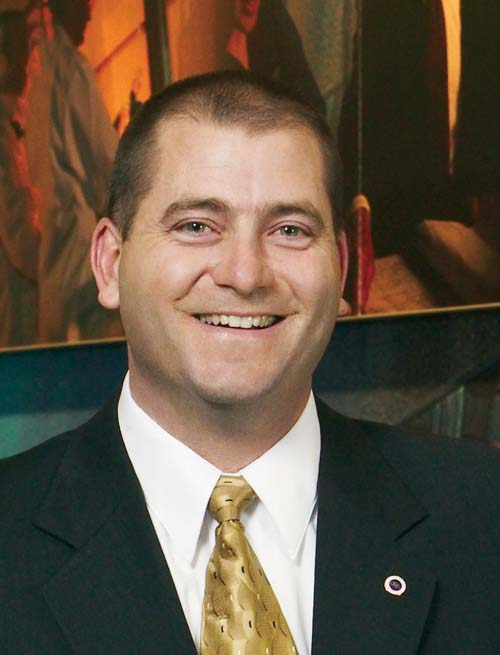 The passage of time makes it hard for professionals in almost any field to experience the same level of enthusiasm as they did that first day on the job. But in the case of Ward Komorowski of the Brengel Technology Center, the passion for facility management is still as strong as ever. After 20 years with Johnson Controls, Komorowski’s innovative strategies have contributed to short-term, bottom line benefits and long-term corporate success for the Milwaukee, WI-based building technology leader. In fact, his compelling approach to sustainability has been a model to other facility executives.

Staying One Step Ahead Of The Curve

When Komorowski started with Johnson Controls in 1985, it was extremely difficult to manage the buildings efficiently. “We did great things for our customers, but back in those days, we were always the last to get the latest technology. We were the shoemaker’s children,” he recalls.

Komorowski focused his attention on presenting upper management with a better way to do business. By convincing top level executives to view Johnson Controls’ facilities as showcases, Komorowski encouraged the company to take an important first step: hire someone responsible for making sure systems were used thoroughly and properly.

“We were installing all of these systems throughout the world and even had some of them in our own facilities, but we didn’t have a person to manage them. Getting that position was huge,” he notes.

At that point, Komorowski took over the management of the energy systems. His driving force was trying to reduce energy consumption and streamline operations in the facility. “I instituted a few major initiatives, particularly when management of the maintenance staff became one of my responsibilities. I put together a chart that illustrated our energy consumption patterns, because they had no clue what we consumed or how much it cost. This made them aware of the expense and instituted a culture of what we call work process improvement.”

Getting The Job Done

Komorowski’s interest in environmental issues took off in the mid-1990s when he encouraged the company to participate in the EPA’s voluntary energy savings programs. Then Johnson Controls challenged him to incorporate integrated technology and emerging high performance building standards into the design of the Johnson Controls Milwaukee headquarters—the Brengel Technology Center.

The long-term goal of the building was to focus on the philosophy of sustainability while paying attention to stockholders’ desire for a strong bottom line. In addition, the company wanted to have a great place for employees to work.

To accommodate space needs for employees, Komorowski worked with his team to provide a thorough analysis of space usage and employee functions. The process pinpointed an accurate amount of materials that needed to be purchased for new hires.

Through ongoing monitoring and benchmarking, Komorowski prioritized future needs and opportunities for the company. “One of our goals was to be under 250 square feet per occupant. If we didn’t stick to that goal, we might have had to add an entire floor. Instead, we conserved construction material, furnishings, heating, maintenance, and all the other services provided by my department,” he says.

Judge Mike Pulick, vice president at Grainger observes, “Komorowski addressed the immediate space needs, but he made sure the design included flexibility and fostered team building.”

With a churn rate of approximately 50%, the space simply had to be flexible. “It used to take us four to eight hours to move an occupant, and we’re down to 30 minutes now,” Komorowski says proudly. 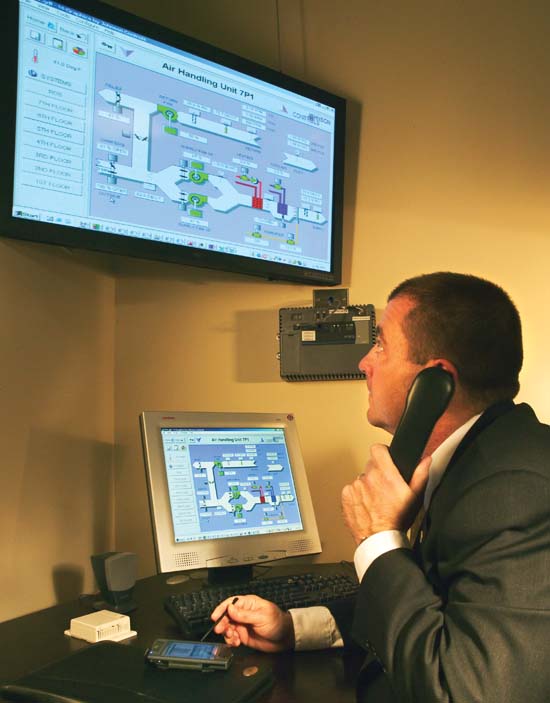 When making other decisions about the needs of employees, Komorowski took into account survey results from the International Facility Management Association (IFMA). According to this data, the most common indoor environment complaints from occupants were about noise, temperature, and lighting. So the decision was made to use an innovative technology-Personal Environments Modules® (PEMs) from Johnson Controls. “I don’t get hot and cold calls anymore. Now my maintenance staff can focus on productive things; we can even start thinking long term about what we want to do and how we want to do it.”

In building the Brengel Center, Komorowski was able to maintain the industry average of $125 per square foot for construction costs, but the company will save much more through Komorowski’s innovative conservation efforts:

Getting The Most From The Facility

When the Brengel was originally designed, one of the main goals was to attract and retain valuable employees. “People don’t realize how expensive it is to train an employee-it’s huge!” exclaims Komorowski. So the company sent out surveys to find out what the new building should be like. A big driver was the addition of a fitness center; but for Komorowski, another main target was the cafeteria.

2005 Facility Executive Of The Year Judges

“We used to have what I called ‘That 70s Show’ cafeteria in a part of the building that had no windows. To make matters worse, the walls were paneled in dark brown wood and there was green carpet on the floor. Our new cafeteria is on the first floor, and employees are actually using it. More people are using the services and staying within the facility. They’re even gathering and sharing information at lunch,” he says.

Now employees are proud of where they work. Those situated in other facilities that haven’t been renovated (the Brengel is just one of seven buildings within a unified complex) are anxious to know when it will be their turn. 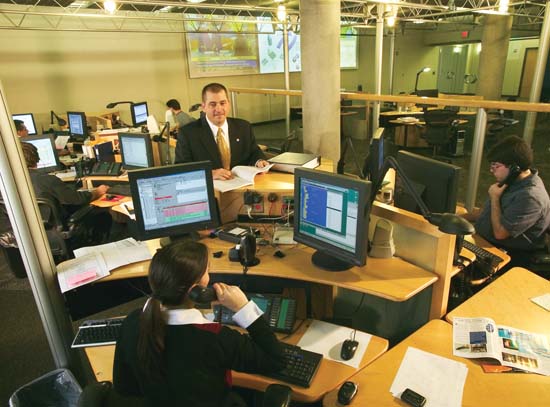 The Brengel Technology Center achieved LEED Silver certification when the facility was built in 2000, but that wasn’t good enough for Komorowski. During 2002 and 2003, he worked with his team to find additional strategies to achieve re-certification under the new LEED™ Rating System for Existing Buildings (LEED-EB). Some of these new strategies included:

Under the direction of Komorowski, this combination of innovative mechanical and operational improvements helped the Brengel Center become the first building in the country to initiate ongoing re-certification under LEED-EB. His efforts translated into an advancement from Silver to Gold level achievement.

To put it simply, Komorowski’s success as a facility executive is directly related to his sustainability efforts. Overseeing the dozens of items on the LEED-EB criteria list of sustainable activities-from energy and water efficiency to indoor environment and innovation-has been and continues to be part of his job description. There are few people who have had as much of an impact on both Johnson Controls and the building industry.

After being told he won TFM‘s Facility Executive Of The Year Award, Komorowski did something very much in character—he took his entire team bowling. “It was my treat, because I wanted to thank them for everything they did to get me here. Sometimes you feel like you’re the bartender, because you’re the one who has to listen to all the problems and solve them. There’s no way in the world I can do this myself,” he graciously admits.

Yet, members of his team sing Komorowski’s praises loudly. “He makes every facility project fun, interesting, and truly a learning experience. Even though there is constant stress and pressure with facility emergencies, he always manages to remain level headed, has a sense of humor, and has a calming effect on everyone involved. I’m very proud to be a part of his facilities team,” says Frank Primozich, supervisor, facilities operations.

“I’m the coach. I challenge the individuals that work for me to be the best they can. When they’re not at that level, that’s what I classify as a ‘coachable moment.’ I pull them aside, talk about the situation, rehearse it, and send them off again to do their best. This is what makes us a successful team. We need to inspire our staff to be the best it can in the facility management arena.”

Pulick adds, “This is not a glamorous job. Most of the time, corporations don’t even know who their facilities managers are; they’re behind the scenes. Komorowski is successful, because he truly loves what he does and everyone knows it.”

When asked about Komorowski, two people mentioned his tendency to do everything 110% (Jack Albert, friend and coaching associate, says even that is an understatement). Komorowski knows it’s true. “If I’m going to do something, I’m going to do it with all the energy I have. Some people think of me as a dedicated worker, and a few members of my team even call me coach.”

That strong sense of teamwork sums up what’s important to Ward Komorowski, winner of TFM‘s 2005 Facility Executive of the Year Award. And even after 20 winning seasons, he’s still in his prime.

Special recognition goes to Grainger and IFMA for their support. This article was based on the nominee’s entry, which was supplemented by interviews with Pulick, Albert, Komorowski, and members of his team.