Green is the new black in facility management. In a revolution three years in the making, most facility managers in the profession are working on an angle to make buildings more environmentally friendly. While this is definitely a good direction to be moving, constant updates and continuing education are needed in order for environmental impact to be minimized.

The United States Green Building Council (USGBC) has been directing a dedicated effort to help facility managers keep up with the tricky process called LEED certification: a process where facilities are built according to certain specifications which lower the impact of the structure and its interior. Once the building is completed and the proper information is submitted to the USGBC, a level of certification can be achieved according to a point system (certified, silver, gold, or platinum).

Before certification is granted, however, facility managers consciously have to enmesh themselves in a process that will allow them to reach that status. One effective line of reasoning a facility manager can actively pursue is called Life Cycle Assessment (LCA).

While not necessarily a specified part of LEED certification, LCA can still make a significant contribution to the effort. It is a process where facility managers weigh product choices for their buildings based on a beginning to end system. By balancing recycled content, energy savings capabilities, and durability, facility managers can make inroads to choosing products that are efficient and environmentally friendly from start to finish.

Considering LCA seems to be a logical part of making a facility green. After all, recycled content, durability, and efficiency are all characteristics that make sense for a facility manager to consider when purchasing environmentally friendly products. But for some reason, it has never been incorporated into LEED standards.

Recently, Nigel Howard, vice president for LEED and international programs for the Washington, DC-based USGBC has proposed making LCA part of the LEED certification process. “Last year, we invited our material and supply members, trade associations, and established U.S. LCA experts to an initial meeting. At that meeting we mapped out an agenda of how we would bring LCA into LEED.”

Called the LCA into LEED project, this concept should help to level the playing field. The problem lies in how LCA information is compiled. Because the field is so diverse, finding consistent data has been problematic.

“Fundamentally, the problem is this: when you do an LCA, it doesn’t matter how objective and scientific anyone is, because there always comes a point where you have to impose subjective judgements on the outcome of results,” says Howard. One particular area of contention is weighting. For example, should water efficiency be considered differently in an arid climate like New Mexico than in Oregon?

Howard hopes that by bringing together professionals from all over the environmental universe, a standard protocol for LCA can be found. “The objective of the project is to bring all the data from different industry sectors to a level playing field, so we have data that is entirely comparable to write credits around.”

Once LEED credits that incorporate LCA can be established-which is still a long way from happening-facility managers will have a source to consult when purchasing products.

But why is it important for the LCA field to be leveled? Because, says Howard, current information about the durability of products—one of the important factor in LCA—can, from time to time, be misleading.

“Finding reliable data on durability has always been a major factor, because if something has a short life, it gets replaced more times over the life of a building,” says Howard. “Manufacturers produce data on physical durability but often that doesn’t relate very well into the actual life of the material in a building. For example, the interior fit of a building may be replaced on the cycle of five to 15 years, whereas the durability of the materials is probably 100 years.”

Finding a solid LCA program in a facility can, at times, be difficult. Often, facility managers will feel that if they weren’t involved in the beginning of the outfitting process, there is nothing they can do. But this is not the case.

“Because LCA is so important to facilities, we wonder why we don’t see more of it,” says Steve Goldmacher, director of corporate communications, Philips Lighting company based in Somerset, NJ. “A lot of times, I think it’s because facility managers haven’t finished doing their homework, or because someone else in the company is holding it back for apparent cost reasons.”

George Lohnes, vice president of UNICCO based in Newton, MA, sees the same trend but feels it is coming to an end. “Some type of equilibrium has been reached on the return of investment scale. Prior to last year or so, the value proposition was such that doing a proper LCA cost more and didn’t work quite as well, but it was the right thing to do.

Now the value proposition-and this is an amazing turnaround for such a short time frame-is that LCA is cost neutral, works every bit as well, and it’s the right thing to do. That’s a significant shift.” [For more information on Life Cycle Assessment, see “Life Cycle Management: An Overview” by Lohnes.]

Both Lohnes and Goldmacher agree that LCA should be an intrinsic part of every facility. But each offers a different rationale on how to achieve that goal while both still aim to improve the bottom line.

“Say there’s a big facility,” says Goldmacher. “In this building, there is a facility manager and a purchasing director. The responsibility of the purchasing director, in simplest terms, is to buy what the building needs at a low cost. He doesn’t have the same responsibilities that the facility manager has: to operate the product and make sure the building remains healthy.”

Now, as new products that are environmentally friendly become less expensive and more readily available, the facility manager has a chip to throw into the game.

“The savvy facility manager understands all the ramifications of a particular purchase,” says Goldmacher who uses lighting as an example. “If a facility manager is preparing to buy two 4′ fluorescent tubes, one of which uses 30 watts per hour for $2, and another that uses 25 watts per hour and costs $4, a shortsighted facility manager is going to say ‘one is double the cost, I can’t afford it.’ But if an LCA is performed before the purchase is made, the manager will see that, over the life of the bulbs, the more expensive one could save the building as much as $45 a year.”

Lohnes adheres to that LCA philosophy, but offers one more piece of advice. “Include C-level management in the decision making process. LCA raises the impact of the facility to a much higher level of management. When you talk LCA, you’re talking about capital costs, return on investment, and strategic decisions vis-a-vis the facility. When that happens, by necessity, a different level of management is needed.” [For more information, see “Why FMs Need to Care About Sustainability” by Paul von Paumgartten.]

How To Do It

So if a facility doesn’t already include LCA in its purchasing processes, what’s the best way for a facility manager to achieve it? Howard believes it begins with everything that has come before.

“Facility managers should be thinking about the recycled content inherent in the previous building and the products that are being bought,” says Howard. “You’re taking all the decision making from the end of life of the building or materials and instead of scrapping them, you’re considering how it applies to the next building. In that way, you’re taking account of the recyclability and reuse potential that was previously built into the building.”

So before facility managers purchase carpeting, for example, they should research the amount of recycled content in the carpet, the amount of oil based material, the distance the recycled materials have to travel, and how much of the new product can be recycled. All of these factors contribute to the life cycle of a product, and if one of the factors is unacceptable, green conscious facility managers will keep looking.

There are an equal number of factors to be considered in the lighting of a facility, as well. In fact, selecting lighting with good LCA can be one of the most important environmental choices any facility manager can make.

“Between 40% to 50% of the energy used in buildings is earmarked for lighting,” says Goldmacher. “If you can reduce or make a better plan with those systems, there is a good chance a facility can reduce its impact on the environment and save some money at the same time.”

Cutting back expenses is always in the back of any facility manager’s mind. But the seed of green conscious practices has long since germinated and is beginning to compete with cost as one of the most consuming thoughts a facility manager has. Life cycle assessment offers facility managers the opportunity to kill two birds with one stone. By doing thorough research, a facility manager can find products that reduce costs in the facility while shrinking the environmental impact. 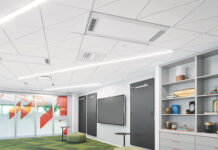 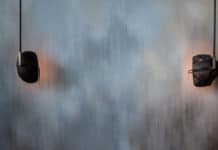 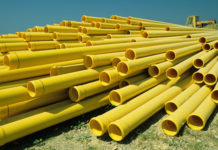