Due to the phenomenal increase of goods being traded with China, U.S. industrial warehousing space and logistical operations are growing by leaps and bounds, with 68.9 million square feet of development expansion occurring in 2005, according to a joint study just released by The Staubach Company and DTZ Debenham Tie Leung.

The Staubach Company is sponsoring two free educational sessions during The TFM Show next month; click here to register.

The report, titled Enter the Dragon, examines the impact of the growth in the Chinese economy and global trade on the port locations and warehouse activity around the world.

“Strong economic and trade growth translates into an increase in warehouse and logistical needs,” said Kris Bjorson, managing principal of The Staubach Company’s Logistics Practice Group. “From mid-market manufacturers to international retailers, both China’s manufacturing and consumption is creating unparalleled changes in the modes and flow of goods through a complex network of port locations and logistics operators.”

As Chinese economic growth and global trade continue to rise, warehouse developers are locating closer to entry and exit points in the U.S., which drives increased real estate and logistical activity across all ports from Tacoma, WA down to Los Angeles/Long Beach, CA through the Panama Canal to Houston, TX around to Savannah, GA up to Norfolk, VA. The U.S. is China’s largest export market and accounts for 22 percent of its total exported goods.

As the entry point for many Asia-made goods, Los Angeles is ranked number eight in the world according to size of throughput and has emerged as the strongest industrial market in North America. With demand for warehouse space continuing to be on the rise, rents have been surging at a double-digit percent increase on an annual basis.

While West Coast transportation hubs have been the largest beneficiary of increased trade with China, East Coast centers are growing too as shippers try to avoid congestion on the West Coast. The Ports of New York and New Jersey have experienced a 32 percent increase in container traffic from 2001 to 2004. In 2004, 43 percent of New York’s industrial port business came from China. Baltimore has also seen double-digit percent growth in trade traffic in 2005.

For a PDF copy of Enter the Dragon, please email wendy_dunn@richards.com. 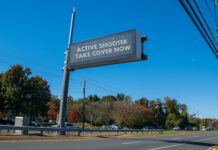 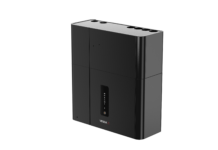