Home » Behind the scenes at the museum 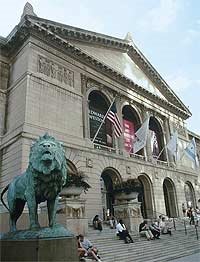 Today, attendees of The TFM Show will be shown the new Modern Wing at The Art Institute of Chicago. The Institute’s VP of operations, Meredith Mack, will be joined by Barry Quinn, project manager from the RISE Group to host a walking tour of the museum. After a discussion of the expansion, guests will see other highlights of the facility, including a display of models of the new wing.

For TFM‘s coverage of this project, see “An Exquisite Expansion” by Anne Cosgrove.

More news of this sold out event will follow in the post show coverage featured in the June issue of TFM.