Last Friday, FacilityBlog directed fans to the “Pimp My Cubicle” offering from Amazon. Based on the interest generated by that post and the upbeat feeling attributed to the success of the recently concluded TFM Show, I thought it would be good to spend a little time behind a workplace fad (that’s actually in its decline): stealth disco.

This description comes from Wikipedia, the free encyclopedia:

Stealth disco (or SD) refers to the act of being videotaped dancing or rocking out behind or near someone who is doing something serious and does not notice. This is sometimes referred to as stealthing (or SD-ing) that person, a process which often concludes with emailing them the footage. The term, if not the activity, was invented by employees at Chicago advertising agency Cramer-Krasselt, circa 2003.

Stealth disco is an example of an Internet phenomenon.

The original stealth disco page was created by employeees of the Cramer-Krasselt ad agency in Chicago. Stealth disco, particularly the subgenre which involves posting the resulting videos online, has been promoted since its inception by enthusiastic bloggers and other Web surfers.

Creating and sharing these videos began as a form of humour and a way to lighten up an office. It usually connotes a sense of bonding between stealther and stealthee.

In December of 2003, the original site was taken down after Cramer-Krasselt received a letter from Leo Stoller suggesting that their use of the word “stealth” infringed his trademark. The office manager said that Stoller’s claim was without merit, but chose to forego an expensive legal battle.

As of 2005, the original video (and many that followed) can still be found online.

Finally, while this is not an example of stealth disco, it is a fantastic example of a funny concept made even funnier when taken to an extreme and put on television. This clip from the original BBC production of “The Office” is one of my absolute favorites. Whenever you think you work for the worst boss in the world, imagine what it would be like to work for this guy (fictitious, but frighteningly realistic, all the same). 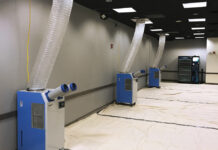 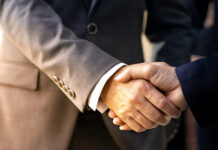