In a page from the “lessons learned” book, New Orleans is making several key changes to its hurricane disaster planning procedures. Earlier it was announced that the convention center and Superdome will no longer serve as evacuation centers but will instead act as transportation hubs OUT of the city, should another hurricane (or hurricanes) hit “the Big Easy.” Then late last week, it was announced that hotels will now ban occupants–both guests AND employees–when large storms threaten the city.

Bill Langkopp, executive vice president of The Greater New Orleans Hotel & Lodging Association, said, “I don’t know of any hotel that intends to do vertical evacuation this year. Our thrust will be to get the visitors out.”

“I have a sneaking suspicion that no one’s going to need to tell them that they need to leave,” said Al Groos, general manager of the Royal Sonesta New Orleans Hotel. “I don’t think there’s any appetite for vertical evacuation anymore.” 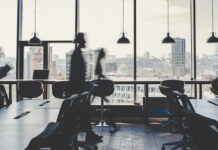