The William J. Clinton Foundation (as in Former President Bill) has brokered a deal that will all but eliminate the sale of sodas in public schools. According to a report in the Associated Press,

Under the agreement, the companies have agreed to sell only water, unsweetened juice and low-fat milks to elementary and middle schools, said Jay Carson, a spokesman for former President Bill Clinton. Diet sodas would be sold only to high schools.

The agreement applies to beverages sold for use on school grounds during the regular and extended school day, Carson said. Sales during after-school activities such as clubs, yearbook, band and choir practice will be affected by the new regulations. But sales at events such as school plays, band concerts and sporting events, where adults make up a significant portion of the audience, won’t be affected, he said.

How quickly the changes take hold will depend in part on individual school districts’ willingness to alter existing contracts, the alliance said. The companies will work to implement the changes at 75 percent of the nation’s public schools by the 2008-2009 school year, and at all public schools a year later.

So say goodbye to your current F&B agreements. It’s time to revisit them with healthier options. 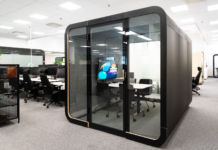