Yesterday, in Nashville, TN, The City Paper reported that employees at the city’s Emergency Communications Center refused to return to the building after an alleged chemical leak last month. While the employees work from a backup location, the Metro Fire and Public Health departments continue to investigate the issue.

Dispatchers with the city’s Emergency Communications Center (ECC), where 911 calls are answered, have vacated the building and are working from a backup center following what employees claim was a chemical leak at the site May 26.

In a protest move today, the employees will don breathing masks and present a petition to ECC director RoxAnn Brown asking her to pressure Metro for a new building. Dispatchers say the current ECC building, which opened in 1982, has a history of environmental contamination and that one employee, Jackie Vincent, suffered chemical burns to her eyes last month.

“This is not about bashing our management or our command staff or trying to blame them for any wrongdoings, [but] our building presents health hazards to us,” dispatcher Thom Brown, who is organizing the news conference, said Monday.

Metro: No evidence of a leak
In a phone interview, RoxAnn Brown responded saying the Metro Fire and Public Health departments have inspected the ECC building and found no evidence of a chemical leak.

She said, though, that dispatchers will continue working from the backup center until the city’s General Services Department gives a final nod that the building is safe. 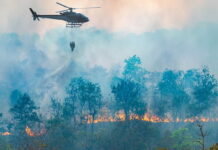 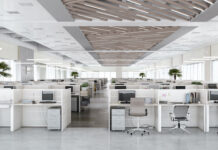 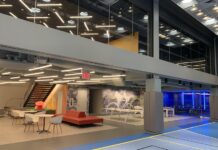