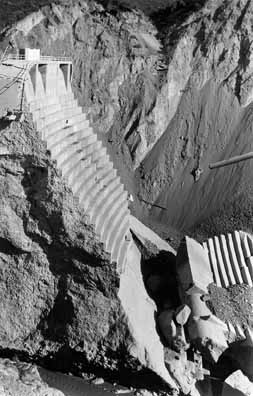 Everyone makes a mistake, but few of us can claim involvement in errors of this caliber. Christopher Null has compiled a list that appears in this month’s Wired...

Doesn’t look like the 1970s were particularly kind, does it?

To read the full explanation of each mistake, click this link.

After the recent report on the flaws–and subsequent “repairs”–in New Orleans’s levee system, you have to wonder if that fiasco qualifies as an honorable mention. Cain Burdeu of the Associated Press writes,

Louisiana’s hurricane protection system was overwhelmed by Katrina because it was built disjointedly using outdated data, according to an Army Corps of Engineers 6,000-plus report released today.

“The system did not perform as a system,” according to the report, released on the first day of the 2006 Atlantic hurricane season. “The hurricane protection in New Orleans and Southeast Louisiana was a system in name only.”

The 6,000-plus page document included details on engineering and design failures that led to the Aug. 29 storm surge overwhelming the city’s outer levees and breaking through flood walls within New Orleans.

Prepared by the Interagency Performance Evaluation Task Force, the report said the area’s hurricane protection system was inadequate and incomplete, noting it had been built disjointedly over several decades using outdated elevation data.

The report was contrite in tone but did not address questions raised by other agencies regarding the Corps’ organizational mind-set, focusing instead of details such as flood wall designs, storm modeling and levee soil types in greater depth than the task force’s preliminary studies.

Last month, a report by outside engineers said the Corps was dysfunctional and unreliable. That group, led by University of California, Berkeley, recommended setting up an agency to oversee the Corps’ projects nationwide.

To see a copy of the report, click this link.