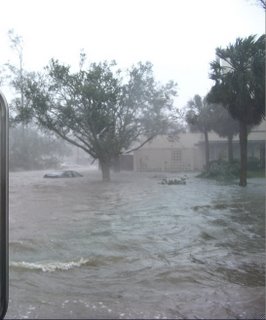 One year ago, Keesler Air Force Base, located in Biloxi, MS, and home of the 81st Training Wing, sustained a direct hit from Hurricane Katrina. The base’s industrial and housing areas sustained drastic damage.

Due to a storm surge, roughly 50% of the base was submerged under water. The commissary, base exchange, and some of the housing units were flooded with more than six feet of water. By August 31st, however, relief flights were landing at the base. And today, it is once again fully operational.

The damage to the base cost an astounding $950 million. Most of this covers physical assets. The most costly areas include military family housing, costing $313 million, and medical facilities, which ran $66.3 million for restoration with an additional $25 million for a central energy plant.

Both the base exchange and commissary were flooded by the storm surge. Both will be rebuilt on higher ground. A temporary commisary has been open in the former Keesler Community Center since September 29, 2005. A new, 106,000 square foot permanent facility will eventually replace it. A new post office and recreational facilities are also being planned.

Incredibly, training, the main mission of the area, never fully ceased. By September 12, 2005, the dormitories were habitable, and on August 21, 2006, the last student whose initial skill training was interrupted by the storm returned to Biloxi. 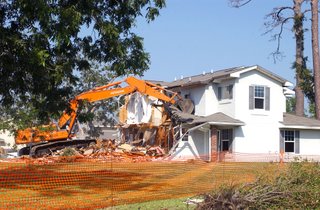 Keesler has also raised nearly $500,000 to assist 3.115 of its military and civilian victims through the Hurricane Katrina Relief Fund. The base’s military, civilian employees, and family members have performed more than 600 humanitarian missions along the coast and have put in almost 56,000 hours. This time has been spent on rescue missions, cleanup, home repairs, and construction.