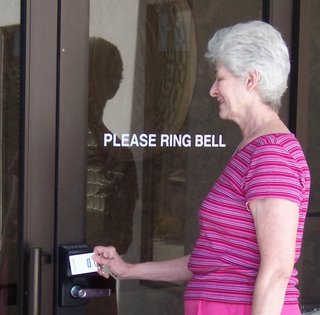 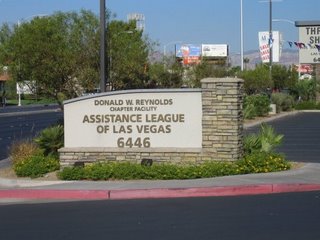 For more than 20 years, Assistance League® of Las Vegas has promoted volunteerism, dedicated to meeting the needs of its community. Part of the National Assistance League®, the organization’s 292 volunteer members logged over 32,000 volunteer hours last year in support of philanthropic projects.

Access control, in support of the large volunteer staff and on-site retail facilities, is a constant and vital requirement for the organization. The League’s headquarters in Las Vegas, the Donald W. Reynolds Chapter Facility, had existed since its completion in October 1998 with traditional mechanical locks.

After experiencing several break-ins due to faulty locks at the facility, League management was desperate for a new access control solution. The organization went to a group organized by the Associated Locksmiths of America (ALOA) to research the cost of new locks for their facility. In conjunction with the ALOA Convention in Las Vegas, a cooperative organization comprising representatives from three concerns (Associated Locksmiths of America, OSI Security Devices, and ACE Locksmiths) was able to respond by donating a state-of-the-art access control solution for the Assistance League.

With a goal of providing greater security and access control to the Assistance League facility, 13 doors were installed with the high-tech Omnilock Wireless Access Management System. Donated by OSI Security Devices, Inc., the installed system replaced the League’s old lock system. The system uses HID Global’s proximity technology and incorporates programmed access cards, donated by HID Global. Additionally, several Von Duprin exit devices and associated installation time were donated by Security Lock Distributors and ACE Locksmiths of Las Vegas, providing additional resources for the installation. Hardware for the new system is valued between $15,000 to $18,000, with twice that amount given by locksmith installers in labor and installation costs.

The Assistance League facility is one of the nation’s first non-government commercial installations with Omnilock door locks. The lock system includes a battery-operated mechanism that can be used with HID proximity cards, a touch pad system, or both together, customized for each volunteer for heightened access control. In addition, a log of entrants into the building, forced entries, outages, and battery power are recorded by the software component of the system, providing increased access control intelligence to the League’s management. The entire system enables end users to log on to the system and run their access control application remotely.

“With a very worthy cause, and an opportunity to advance the training of ALOA members, it was not difficult to step up to the plate and donate the WAMS system for this project,” said Ron Siess, OSI Security Devices vice president of Business Development. “It was a very instructive day and The Assistance League of Las Vegas was very grateful to all who contributed to the project.”

“This looked like a perfect opportunity to launch off a new access control system,” said Jerry Newton, Ace Locksmiths’ CEO. “I like what they do and it’s great to see somebody trying to do some good.”

The ALOA-sponsored group helped to provide valuable assistance and an innovative security approach to this critical community organization. League funds that would have been spent on an access control system will now be reallocated to assist initiatives like Operation School Bell, providing clothing and school supplies to underprivileged children ages five to 15, increasing their incentive for attendance, academic performance, and self-esteem.

“To us, this is such a boon because the money we need is for the children,” Assistance League’s Margy Purdue-Johnson said.

About OSI Security Devices
OSI Security Devices, shortly after it’s founding in 1986, introduced one of the world’s first battery-operated stand-alone electro-mechanical locks. Built to stringent military and industrial specifications, Omnilocks have been successful in meeting the demands of government, university and industrial customers throughout the United States. Stand-alone reader/locks programmed by PDAs have solved difficult access control challenges in some of the toughest environments imaginable. OSI has now introduced WAMS, which stands for Wireless Access Management Solution. This system allows easy upgrades for their stand-alone systems and provides a full featured, software based system, which is totally wireless end to end. OSI is headquartered in Chula Vista, California. To learn more, please visit www.omnilock.com.