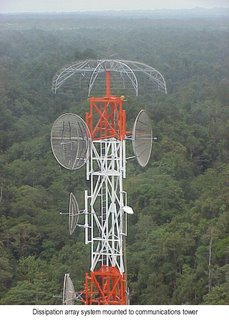 Today’s sensitive process control instrumentation is at heightened risk from lightning strike and its secondary effects such as Electromagnetic Pulses (EMP) which lightning rods can inadvertently make worse. New technologies can provide a comprehensive solution with up to a 100% no-strike warranty.

Though lightning may not affect most companies as tragically as the Sago mining accident that cost 12 miners their lives in West Virginia, it can wreak havoc with industrial facilities and processes. From fire, shutdown, and process/quality control issues to component replacement, data loss, and lost business, the risk of lightning strike disruption to industrial, oil, or gas facilities may be higher than ever. This is due to increasing instrumentation sensitivity and reliance on antiquated lightning rod technology never intended for 21st century business.

Even 30 years ago, when process control systems were primarily mechanical, pneumatic, and hydraulic with switches connecting relays and motor driven valves, industrial processes were less sensitive to lightning strikes and their secondary effects. Today, however, instrumentation including PCs, servers, sensors, integrated circuits, and programmable logic controllers (PLCs) are minutely sensitive to lightning’s enormous electrical transients and its secondary effects such as EMP, which can fry hardware, corrupt data, and disrupt processes.

What industrial engineers need to realize is that lightning rods were never intended to protect modern computer equipment or electronic process control systems. When Benjamin Franklin first used one in 1752, lightning rods – also known as “Franklin rods” or air terminals – were intended to prevent fires to wooden structures by attracting and conducting lightning’s intense currents and voltages to ground. Hundreds of years later, lightning rods still ATTRACT lightning and conduct it to ground; this, however, may be a poor choice if it’s anywhere in the vicinity of today’s sensitive electronic, control, telecommunications, or data storage equipment.

Yet antiquated lightning and grounding rod technology has been codified into standards such as National Fire Protection Association 780 (NFPA 780) and its international variants. Even though many buildings have implemented NFPA 780, incidents of fire caused by lightning still exist. Some even inappropriately implement lightning rods in the wrong places, such as on oil tanks — which is perhaps the last place to which engineers should ATTRACT lightning.

Prevention Trumps Protection
While many engineers still maintain budgets for lightning rod protection and equipment damage, they should be aware of new technologies designed to keep up with advances in the industrial, oil, gas and process control industries. For instance, the Dissipation Array System (DAS®), a charge transfer technology based product, is being lauded as a comprehensive, preventive solution for modern lightning protection.

DAS essentially prevents strikes by continually lowering the voltage differential between the ground and charged storm clouds to well below lightning potential even in worst-case storms. In the US and abroad, DAS has proven to be the preventative solution for lightning protection, cutting storm-induced voltages down to less than 2% within the protected zones as compared to the unprotected surroundings, thus eliminating the lightning strike risk.

Since it prevents, DAS is possibly the best long-term solution to lightning strike problems. In applications ranging from communications towers to petrochemical tank farms, electrical power transmission lines to public buildings, thousands of DAS have been installed in 55 countries worldwide to date. DAS has been used to protect facilities as large as three square kilometers and structures as high as 1,700 ft.

Engineered Protection: Up to a 100% No-Strike Warranty
From simple lightning protection to lightning prevention with a 100% no-strike warranty, DAS providers are at the forefront of maintaining industrial equipment and process uptime in the face of lightning threat. Taking into account factors such as the facility’s location, size, shape, geography, and exposure to lightning activity, for instance, some providers can engineer protection for a single component or lightning strike prevention for an entire site. An engineered solution typically involves: consultation; lightning attraction and collection for protection, or charge dissipation for strike prevention; grounding systems; and transient voltage surge suppression (TVSS).

Extensive laboratory and field testing has shown that the following parameters are critical to the effectiveness, efficiency, and rate of local area ground charge dissipation:
a) “Point Separation”: length, shape, tip geometry, and spacing of the points.
b) The number of points required (usually in the thousands) for each structure or feature, or the total number required for a given area. The protected area can be one square kilometer or larger.
c) The selection/configuration of each Array relative to the height, shape, location and function of the structure or structures to be protected.
d) The actual locations of the Arrays relative to the overall area.

To enhance and broaden the area of DAS strike prevention, providers also recommend the installation of a variety of sizes, configurations, and clusters of Spline Ball Ionizers® (SBIs). Similar to DAS, the SBIs prevent lightning strikes by dissipating the storm-induced charge in the area of concern through point discharge ionization. Since lightning always terminates in areas of high charge, discharging the site substantially reduces the risk of lightning strikes to the site. Those strikes not prevented by the SBI are collected by it, since its default mode is to function as a highly effective lightning rod.

Spline Ball Terminals (SBTs) are another form of the hybrid preventer/collector assembly designed to augment DAS to provide maximum protection from direct lightning strikes. Interchangeable with standard lightning rods or air terminals, these are usable in any NFPA-780 or UL-96A system and are an off the shelf product for Master Label installations.

To prevent mid-span strikes in high-voltage transmission/distribution or for wind turbines, experts recommend the Ion Plasma Generator (IPG), a high-performance collection device for lightning strike protection. The IPG is more effective at collecting strikes than traditional lightning rods and is used in special applications that are better suited for strike collectors than DAS.

An ultra-low impedance grounding system is also necessary to transfer induced ground charges efficiently, since transient voltages such as lightning are affected by impedance while resistance pertains to DC voltage. An appropriate number, sizing and spacing of Chem-Rods®, which use natural mineral chemicals such as salts to improve conductivity up to 10 times over traditional grounding rods, can help achieve a target ground resistance of less than one ohm.

In order to handle secondary effects from nearby strikes, all incoming and outgoing conductors (including power, telephone, data, and co-axial wiring) should be isolated to protect sensitive equipment. A variety of Transient Voltage Surge Suppression (TVSS) devices including Sandwich Block® Surge Suppressers can intercept and ground any anomalies using Chem-Rods®.

While 250-year old lightning rod technology may have been adequate before the prevalence of sensitive electronic instrumentation in industrial processes, this is no longer true today. Instead, forward-looking engineers are seeking to maximize production uptime and quality control while minimizing the need for emergency repair and maintenance. By turning to advanced new technologies such as DAS for lightning prevention, they are putting their facilities and industries on a more solid footing to compete into the 21st century and beyond.

This Web exclusive was written by Del Williams of Torrance, CA on behalf of Lightning Eliminators & Consultants, Inc., a company that specializes in designing, manufacturing, and installing integrated, engineered systems to prevent and eliminate all lightning related problems.

Construction & Retrofits March 2, 2021
Prepping for summer construction? Don’t forget to check these off your to-do list.

Security March 1, 2021
Facility executives are looking at where and how to implement solutions for a touch-free security experience, and this includes mobile credentials.

Special Reports February 24, 2021
Over the past year, facility management played a major role in keeping people safe from COVID-19. Here are the lessons learned, challenges, and achievements.