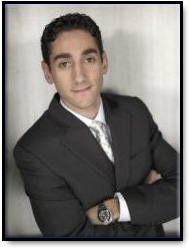 Not unlike most contestants on The Apprentice, Bienstock does possess previous corporate experience having worked for Merrill Lynch in the emerging markets department. He’s also compiled business plans and created and managed portfolios for high net worth clients, many worth over $100 million.

Trump Mortgage, LLC is a specialized mortgage company that facilitates provision of capital, credit and advisory services to a vast audience of potential homeowners and commercial real estate concerns. Founded by legendary real estate figure Donald J. Trump and led by President E.J. Ridings, the company is headquartered in New York City and expanding rapidly to include satellite offices across the country.