As vigilant stewards of their buildings, facility managers (fms) spend a great deal of time on construction projects in their “second homes.” And just like regular homeowners, these professionals may feel like their work is never done; when one project is complete, several more pop up. Even in the best case scenarios when everything seems to be addressed, fms often begin the whole process all over again.

“You have a list that never ends,” jokes Jay Miller, director of facilities for South Bend, IN-based Teachers Credit Union (TCU). “You start at the top, and someone else is adding to the bottom as you go along.”

Acknowledging this cycle of continuous projects, TFM has once again polled its readership about upcoming plans for modernization and new construction. It should be noted that the number of answers for each question varied with some survey takers opting not to respond due to applicability of their needs.

This year’s survey respondents came from a large sampling of industries. Manufacturing headquarters came in as the largest single group of respondents (14.5%) to one particular industry, with the Business/Financial sector close behind with 13.7%. Representatives from Real Estate/Property Management organizations (11.7%) and Government (10.5%) followed respectively.

Additionally, one-fifth of respondents (20.6%) said they owned or managed one to three million square feet of space. This may suggest that many respondents have only a few buildings, but their facilities are very large in size.

These statistics suggest a large number of projects in the works, with renovation projects scoring quite a bit higher. This may be due to modernization projects being easier to fund because of urgency.

Branching Out At TCU

TCU is Indiana’s largest credit union. It has 40 locations and approximately 250,000 square feet overall, according to TCU’s Miller. With branch offices all over the state, one of Miller’s continuous challenges is trying to visit each location and keep up with the construction of new branch locations.

TCU continues to build at a rate of almost one branch a year, and Miller says the company is in the early stages of such a project now. The company is going to construct a new branch office that will be about 3,800 square feet, and its budget is just under $2 million.

Due to the wear and tear on branch locations—compounded by the need for these facilities to last 30 to 40 years—Miller and his staff work very closely with the architects and product vendors to ensure that high quality construction materials and products are installed.

He begins “shopping” when the company is scouting new branch locations, and explains there is some degree of variability when deciding which product attributes are paramount. With some items, Miller focuses on the maker of the product, and with others, the product itself is the primary deciding factor.

“With bank equipment products, I concentrate on the background of the vendors. How supportive have they been in the past? What kind of quality level do they offer?” explains Miller. “Whereas, with the HVAC, I am looking at the latest [products] with regard to energy conservation.”

Carroll College is a Catholic diocesan school located in Helena, MT. The campus is comprised of 13 buildings and 653,596 square feet.

The college is preparing for its centennial celebration in 2009, and a school committee has been formed to look at selecting new construction plans. One of the people involved in the project is Butch Biskupiak, associate director of facilities. While a final decision has not been made, Biskupiak says the college is considering a new dormitory and classroom building.

The local area has a history of earthquakes—a severe one damaged two buildings at the college in 1939—so the school hires structural engineering firms every 10 years to examine the buildings and make sure there are not any damaging infrastructure cracks.

While the budgets will come from the school’s vice president of finance, Biskupiak’s department will be responsible for keeping costs on target. Therefore, he will aid with the product selection and operate as the on-campus project manager working with the contractors.

When looking at products, Biskupiak says price and maintainability are important to him, but due to the college’s location, there is limited product selection. He mentions a local expression used by suppliers that describes the delivery challenges endured in that part of the country. Biskupiak humorously quotes, “‘We don’t have it in stock, but we can get it to you by next week.’”

Nonetheless, he acknowledges good working relationships with past contractors and architectural firms able to find product lines that suit the college’s needs.

“It’s a partnership, and we really do work very closely with everyone,” states Biskupiak.

Tom Kelly, director of facilities at Ursuline, says the school is developing plans for a new 68,000 square foot science, math, and technology center as well as a renovation of 19,000 square feet in one of the existing buildings. The approximate budget for both projects is between $19 to $20 million. The project is still in the beginning stages, and the school’s board of trustees has yet to approve the final plans.

Along with offices and meeting spaces, the new center will house 10 science, eight math, four computer science, and seven foreign language classrooms. A large meeting area will be used for presentations and gatherings, and a courtyard will double as an outdoor science classroom. Kelly anticipates breaking ground in the summer of 2008. The estimated timetable for the project is between 18 to 24 months.

Ursuline’s facility management team will also be working on the demolition phase of the renovation project, and one of the challenges in this area will be the removal of asbestos in some of the existing buildings. The academy is required to work under the Asbestos School Hazard Abatement Reauthorization Act (ASHARA)—the federal asbestos program. The facilities team has a manual of rules and regulations, and the school will have a licensed contractor come in and perform the removal of the actual asbestos materials.

With input coming from numerous people involved in the projects, good communication will be key, acknowledges Kelly. For example, he will work with an outside project manager and architect to buy products and materials. “They’ll make suggestions, and we’ll come to a consensus,” explains Kelly.

One of the survey questions was related to green initiatives, and the responses suggest that fms are planning to implement them, albeit conservatively. Fifty-nine percent of respondents said they planned to spend up to $100,000 on sustainable or green initiatives, while 7.2% planned on spending more than $1 million in the near future.

In the construction sector, as well as some peripheral industries, LEED has been one of the hottest movements in recent years. Although it has been gaining steam nationally, there does not appear to be a general consensus within the facility management community about LEED’s merits. While some fms and companies believe in it, others eschew it in favor of taking a more autonomous path.

TCU’s Miller is someone who believes too much emphasis has been placed on LEED certification. “I think there are too many [LEED certification] points given that don’t really help the environment,” says Miller.

He explains his company has been undertaking “environmentally conscious” initiatives for years. For example, TCU purchased its first geothermal heat pump in the early 1990s and continues to use them in new branch locations. Miller estimates that using geothermal units can create a 40% energy savings over standard systems.

In addition, TCU recycles. The company was the largest recycler of paper in northern Indiana at one time, and TCU now buys its own recycled paper products from the company that is recycling them.

On the other hand, Kelly’s Ursuline is not only going after LEED certification for the new center—with the hopes it can achieve a silver rating—the school is interested in pursuing LEED-EB (existing buildings) for some of its other buildings.

“By getting LEED certified, we expect that we will reach a higher standard for reduced energy consumption and resource conservation as well as indoor environmental quality,” predicts Kelly.

By doing this, Kelly says the rewards are reaped by what the students gain with better and cleaner facilities. He also hopes it will teach the kids about the importance of making a positive global impact. “We can educate our kids holistically and give them the opportunities other schools may not have.”

Regardless of industry, facility professionals want to obtain similar goals when it comes to construction projects: provide building users with functionality to go about their business; save costs; and help the environment, when possible. As such, this year’s survey results underscore the fm’s inherent need to keep whittling away at their “to do” checklists.

Parkinson is a freelance writer and former managing editor with TFM. 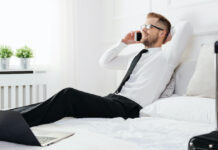 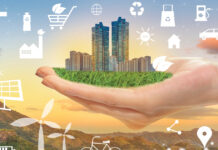