Published in the May 2008 issue of Today’s Facility Manager

Boulder, CO is known for its relationship to the great outdoors. All year round, residents and visitors alike enjoy the natural beauty of the city and its surroundings as they pursue a variety of activities provided by the environs.

Since 1992, Recreational Equipment, Inc. (REI) has operated a retail store in Boulder. With its focus on outdoor gear and clothing—and the accompanying lifestyle—the national retail co-operative has expanded steadily in the market since its beginning in 1938. Based in Kent, WA, REI was founded by a group of Pacific Northwest mountaineers, and after seven decades has grown to nearly 100 retail locations throughout the United States.

With its philosophical genesis rooted in its core business, REI has taken care over the years not only to foster its customers’ interests in the great outdoors, but also to maintain its own relationship with the natural environment.

Designing and operating its stores to be both profitable and environmentally responsible is a hallmark of the company. In fact, when the opportunity to expand its Boulder location was presented, REI had been working on a Retail Prototype Initiative for several years. The purpose of the Initiative was to test both new retail concepts and the performance of green building features.

“The Boulder project is part of the larger Initiative at REI,” explains Doug Ludlow, project manager for the retailer. “The objective was to envision the future of REI stores and to think about five or 10 years down the road. What is the store going to look like? What types of systems and merchandising techniques would be used?

The Boulder, CO REI store is the company’s first venture into exploring its Retail Prototype Initiative in practice. Several strategies being tested at this location for the Initiative (and seen in these photos) are the elevated community center, advanced skylighting, and building integrated photovoltaics. (Photo: Benny Chan)

“We began working on a hypothetical two floor store in 2005,” continues Ludlow. “We went through a conceptual design process and design development, but we did not have a specific location in mind. However, about the time we finished up the prototype design we were presented with the opportunity to expand the Boulder location.”

This opportunity was brought about by a neighboring store vacating its space. And the project would increase the REI’s total square footage there from 22,000 square feet to 42,000.

Ludlow explains that, while the prototype design was for a two floor facility (since most REI locations feature this layout), the company wanted to take the opportunity to deliver some of the objectives for the Retail Prototype Initiative at that juncture.

“To try this with the Boulder location also made sense,” says Ludlow. “The city is an outdoor industry epicenter—a central hub for a lot of outdoor industries. It is a good market for REI.”

In setting out on the Initiative venture, REI hired the San Francisco, CA office of Gensler to provide architectural and design services. While the project would not mirror the two story prototype store, the project team was focused on including many of the strategies. REI’s goal was to have the store serve as a laboratory in which to test both merchandising and sustainability strategies.

Says Ted Jacobs, Gensler’s design director for the project, “REI challenged us to raise the bar in terms of how [its] store and brand experience could better serve the community and the environment. The new store design creates a sense of community for both REI [co-op] members and non-members, and reflects REI’s leadership in environmental design.”

With a dual focus on merchandising and sustainability improvements, the project team found that these goals overlapped in more than one instance. For instance, recycled rubber flooring was used in most of the store. This helped to satisfy sustainability guidelines while also providing increased comfort underfoot.

“The employees have expressed positive feedback regarding the comfort of the floors,” says Ludlow. “Something we may change going forward in other locations is to use a darker color. White flooring was used in this store, and the maintenance is demanding.”

Merchandising fixtures used throughout the store also introduced new materials to REI—bamboo and cork. These rapidly renewable materials fit the sustainability criteria set forth by the Initiative.

“The lighting is dramatically different from what is seen in a typical REI store,” says Ludlow, adding that the halide lighting allows merchandise to be viewed true to color.

In the redesign, REI also focused on continuing to nurture its connection with customers and the outdoors through spaces dedicated to that purpose. A community center, occupying close to 2,000 square feet, was included in the expansion plan. The store takes care to create relationships with for-profit and non-profit environmental and conservation groups, and the community center provides a comfortable space to facilitate group meetings. Ludlow explains that for-profit groups pay a nominal rental fee to use the space. However, this is not a revenue source for REI, since the company donates those funds to a variety of environmental stewardship groups.

The community center is comprised of meeting areas and information kiosks, with a children’s play area nearby. The elevated center is the first of its kind for REI. While most of its stores are built with “clinic rooms” where customers can attend product and skill demonstrations, the community center heightens the visibility and functionality of this type of space.

Playing a role in the REI Boulder project was the pursuit of LEED certification from the U.S. Green Building Council (USGBC). As part of the USGBC’s LEED for Retail pilot program, the store is pending Silver level for Commercial Interiors.

REI currently has two LEED certified stores—one in Portland, OR (with Gold level certification) and another in Pittsburgh, PA (with Silver certification). There is also a LEED-Silver certified distribution center in Bedford, PA. So, while many of the environmental strategies involved in the Retail Prototype Initiative were new to the company, the move was aimed at building on REI’s experience in that realm.

Ludlow says, “REI has been doing the green building component of environmental stewardship for a long time, with our flagship store in Seattle and the two LEED certified locations. There is a long history there, and we’ve been building on that history incrementally. The prototype addresses the big picture of what we want to do differently.”

Still, in the quest to learn about new sustainability measures that can work for REI across the board, the co-op was careful to maintain those strategies and systems that have been offering benefits. For instance, all new REI locations are equipped with an energy management system that enables a team at headquarters to monitor lighting, heating, and cooling use.

The networked system was expanded to encompass the new space in the Boulder store. Addressing how REI uses this system, Ludlow explains, “It enables the energy management team at headquarters to control and monitor those systems in all of our locations. We have visibility and control of the systems in terms of energy consumption—and maintenance issues, should those arise.”

And with several new solar technologies introduced to Boulder as part of the Initiative, these existing energy management capabilities also came into play. For instance, the system was equipped to monitor the daylight harvesting now being used in the new space. The store is culling natural daylight with the use of a tubular daylighting system, consisting of reflective funnel shaped tubes that channel light from the roof throughout the store.

Natural daylight is also center stage via a glass atrium skylight located over the store’s main entrance. In addition to allowing daylight to enter, the atrium features building integrated photovoltaics (BIPV), which contributes about 2% of energy consumed by the store.

The third way REI is using the sun’s energy is with a solar hot water system that meets 70% of the store’s hot water needs. This presents a substantial benefit, because the store has shower facilities for employees.

“There was a lot of product placed into that condensed space, Ludlow continues. “Luckily the back of house areas—the offices, the warehouse, the employee break room, and so forth—were completed in the first phase of construction. So, when the store moved into the temporary configuration in the expansion space staff members were also moving into new offices and employee areas.

“We closed the entire store for five days right before the grand opening. The purpose was to take down the barricade, complete construction of the community center, merchandise both sides of the store, and get it all ready for the reopening.”

The spring and summer merchandise is now on the floor at REI’s Boulder store as customers and employees gear up for warmer weather activities. With the staff and the store development division paying close attention to how new aspects of the store are received, the company should be looking forward to year ‘round success.

This article was based on an interview with Ludlow and literature from REI and Gensler. To learn more about the REI Boulder store, visit www.rei.com/greenbuilding/boulder. 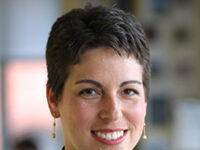 FM Frequency: Singing The 1040 Blues…Or Was That A Hymn?