Ifonly the term “green design” existed back in the 1970s. All of thosegroundbreaking solar thermal projects funded during the Carteradministration may still be operational today.

Or would they?Fundamentally, there is a big difference in the motivation behindtoday’s sustainable building movement and those that happened in thepast.

So how do facility managers (fms) make sense of what’shappening today? And how can they ensure they have embraced the mostappropriate green designs for their organizations?

The lastthing fms want is to have all the bells and whistles current technologyand architecture can provide—at least not without getting theperformance results as promised. This makes it difficult to find fmswho want to be the first kids on the block to buy into a new concept.An idea must prove itself as reliable to pass muster among those whowill operate it for the next 50 years.

Theidea of buying the package—proving “greenness” with certifications,getting the project manager on board so green becomes essential ratherthan a nuisance, hiring contractors who will do what they say they cando at a reasonable cost—can all be daunting.

Green being thebuzzword of the day, every architecture firm is now embracing everdeepening shades of green. Fms can customize their building teams byselecting members who have a track record of success in individualaspects of green building. After all, green building goals should behigher than those for projects that precede them.

This is agreat time in the history of architecture. Architects and engineers areworking hard to implement energy efficiency projects in new andexisting buildings.

It is also a great time forenvironmentalists who have been on the forefront of waste minimizationand pollution control. These professionals are working to limitenvironmental risks associated with building products, to eliminatesick building syndrome, and generally to improve life on Earth.

Andit should be a tremendous time for fms too. But how does the fm getbeyond the initial steps to implement a green building project?

The west facing double wall façade of the Loyola Information Commonsenabled the building to be transparent while reducing energyconsumption to approximately 48% of equivalently sized buildings.(Photo: Courtesy Of Loyola University

Information gathered for the plan led to thedevelopment of the roadmap for physical improvements to buildings andutility systems to reduce energy consumption. Projects were completedthroughout the campus because they made economic and environmentalsense.

Between 2000 and 2006, the campusadded a few new buildings to meet the program requirements of users,although they were not planned to be explicitly green. At that time,the track record of other green buildings did not persuade Loyolaofficials to commit to designing a new building from an entirely greenperspective.

The project team was under the impression that a green project would be too time consuming. That point of view changed in 2006.

Whenit came time to build a new Information Commons, the philosophy wasquite different. Facilities research (the same group behind the energymaster plan) convinced the project team to incorporate green into theplans—and a new strategy at Loyola was born.

Thenew Information Commons not only gained LEED Silver status, it alsoserved as a positive reinforcement to incorporate sustainable measuresat the onset of planning. In the past, green elements were added to newbuildings after the design process already started—too late to makeholistic decisions about building systems, envelope, siting, and LEEDcertification.

With great energy master planning tools inhand, the facilities group at Loyola was able to make the rightdecision at the right time. The Information Commons building, completedin 2008, pushed the envelope, figuratively and literally.

TheInformation Commons at Loyola is an excellent example of how a buildingcan achieve a desirable architectural aesthetic while at the same timebeing energy efficient and environmentally sensitive. It also shows howone building in a campus can have a positive impact on much more thanits own footprint. To achieve energy efficiency and sustainability,teamwork between the owner, facilities manager, and consultants shouldbe an ongoing relationship and not just a get together for the designof one building.

But will LEED certification give facilityoperations what it needs to take the first baby steps towards the nextlevel of sustainable design? Clearly, there is much more to FM in termsof making a difference in resource consumption. Timing is the mostcrucial factor.

As illustrated by the Loyola example, energyand sustainability master plans may give fms what they need in terms ofa good starting point. Architectural projects that are scheduled forconstruction between now and the next 30 years will be impacted by theknowledge base of the fm.

However, one green building does notmake a facilities operation green. The behind-the-scenes research andthought processes undertaken by the fm set the general parameters forthe project before an architect is even hired. Design parameters can beset once the fm has a good understanding of the project’s physicalenvironment, current resource usage, condition of existing equipment,and priorities for implementing green improvements.

It is upto today’s fms to accept the challenges of green building so thateconomic and environmental benefits can lead the planet to a betterplace. Double checking green energy designs before they are installedmay be one of the most important aspects of this fascinating journey.

HamillGovernale is president of Facilities Research, a consulting firmspecializing in master plans, energy audits, and A/E projectimplementation for energy efficiency. She is also an adjunct professorin the IIT College of Architecture, specializing in construction andenergy research courses through the Interprofessional Projects (IPRO)team building program.

To discuss some of your experiences in real time, come to FacilityBlog; to comment on this article, send an e-mail to tfm@groupc.com. 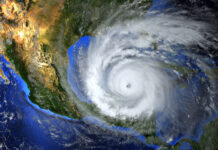 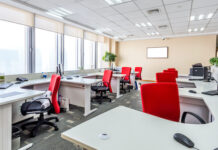