With facilities budgets in most organizations tighter than ever, facility managers (fms) face growing pressure to maximize their investments. Initial cost remains a practical consideration, but the amount of money spent over the entire expected life of the asset is also an important part of the long-term picture. Expenditures for operations, maintenance, and disposal are relevant, in addition to those associated with expected service life and, increasingly, the environmental impact of projects and products.

Life cycle cost analysis (LCCA) is a new budgetary approach developed in response to this need to make smarter procurement decisions. Wikipedia.org defines the term as whole life cost or cradle to grave, but in the report entitled, Life Cycle Cost Analysis [online at www.wbdg.org/resources/ lcca.php], Sieglinde Fuller of the National Institute of Standards and Technology (NIST) writes, “Life cycle cost analysis is an economic method for assessing the total cost of facility ownership. It involves translating all expenses associated with building ownership over a prescribed ‘life cycle’ period into current dollars. These include costs arising from owning, operating, maintaining, and ultimately disposing of a facility.”

So how can this strategy be used by fms? Fuller explains, “LCCA is especially useful when project alternatives that fulfill the same performance requirements, but differ with respect to initial costs and operating costs, have to be compared in order to select the one that maximizes net savings. For example, LCCA will help determine whether the incorporation of a high performance HVAC or glazing system, which may increase initial cost but result in dramatically reduced operating and maintenance costs, is cost-effective or not. LCCA is not useful for budget allocation.”

The viability of LCCA is frequently raised by fms struggling to make smart purchasing decisions. In an attempt to explore the impact of this waste reduction strategy, Today’s Facility Manager (TFM) conducted a readership survey on LCCA which was sent by e-mail on May 29, 2008.

The survey consisted of 10 brief questions; it was completed by 236 participants across all types of industries. What follows is a summary of the survey results.

The divided response to the very first question was perhaps the most surprising aspect of the entire exercise. In response to, “Do you use LCCA in any of your product purchase and project management decisions?” the answer was a perfect split decision: 50% answered “yes,” and 50% answered “no.”

A current user of this strategy from the government sector stated, “Life cycle costing is one of the only tools available to justify the purchase of ‘better value’ equipment when the initial costs are higher and put strain on a budget.”

And while some felt it would be imprudent to ignore this strategy, one purchasing manager expressed frustration by commenting, “In my years of procurement, I have always attempted to do a life cycle analysis, but due to time constraints in large companies like ours, it seems to be shoved under the rug!” Another supported this sentiment by stating, “The biggest challenge is getting the organization to use life cycle costs in purchasing decisions rather than initial cost.”

While the current attitudes about LCCA were split, opinions were not when participants were asked the question, “Looking ahead five years, what do you anticipate the importance of life cycle costing will be in your organization?” A clear majority (69.6%) indicated it would be more important than it currently is. Interestingly enough, 15.2% felt it would be the key factor, while 13.8% felt it would be the same; only 1.4% believed it would not have much importance to their organizations.

Federal mandates (including the Sarbanes-Oxley Act, which was enacted on July 30, 2002) forced many companies-particularly those in the public sector-to adopt more stringent accounting practices. Several survey participants noted this as the reason behind their acceptance of LCCA.

As previously mentioned by a survey participant, initial cost was not the most important aspect of LCCA for the majority of organizations. While several participants were inspired to mention multiple drivers, operations and maintenance costs (37%) were selected as the key factors, followed closely by durability and expected service life (33.7%). Initial cost respectfully lagged behind at third (21.7%). [See Chart A.]

One respondent from an aerospace manufacturing facility clarified by providing this specific example: “Cost reduction is always a priority. I believe it is important to move to a system that looks at the overall cost of ownership-not just the purchase price. Take our emergency eye wash stations; I am transitioning to stations that use a sealed cartridge instead of tap water and a bacteriostat additive. The initial cost is higher, but I will save money in the form of no additive cost and reduced labor cost over the two year life of the cartridge.”

Perhaps it comes as no surprise that energy hungry technology was the most popular driver for LCCA. When asked, “For what types of purchases do you strive to compute and reduce life cycle costs?” leading responses were HVAC (78.3%) and lighting (63%). Construction and renovation projects came in third with 54.3%, followed by building control systems with 40.2%. [See Chart B.]

“The cost of energy and the acceleration of technology is making it difficult to make informed decisions about equipment and life cycle costing,” explained one participant currently using LCCA, who added, “We do not want to be caught with ‘Beta’ technology in a ‘DVD’ world.”

And while considered a driver in some ways, energy costs have caused their share of significant setbacks in LCCA. In response to the question, “What do you find to be the biggest challenge when striving to reduce life cycle costs?” calculating energy related improvements (due to unpredictable pricing) was deemed the most significant obstacle by 30.4% of the respondents. [See Chart C.]

Other challenges and comments related back to the viability of data collection, with 26.8% expressing difficulty with formulas and resources used to calculate LCCA. Another 20.3% actually knew the necessary information but couldn’t find everything they needed. Meanwhile, 15.2% didn’t know what to look for, and another 7.2% didn’t trust the data received.

Frustration with suspect data was expressed by one participant in the commercial sector: “We have found some statistics, even from credible independent sources, to be wrong, misleading, or incomplete. That puts the burden on us to weed through numbers and try to discern the truth.”

Who Does The Math?

As suggested by the aforementioned observations, internal LCCA behaviors and responsibilities frequently fall within the domain of the facilities department. This is true in both new construction or renovation projects and purchases of specific building products or systems.

“It’s tedious work at first,” said one respondent from the healthcare sector, “however, once you get the process started, you can reduce the time to manage the data by 70%.”

For new construction or renovation projects, either the in-house team develops the LCCA strategy (34.8%) or the A/E/C team figures the costs and relays that information back to the facility department (30.4%). With purchases for products or systems, the responses were similar: 31.5% use the in-house team while 30.4% tap into knowledge from a consultant or service provider. In both instances, LCCA costs were primarily calculated on a case by case basis, with 41.3% preferring this method for construction or renovation projects and 39.1% applying it to product purchases.

And while the facilities department is the key internal collection point for LCCA decisions, other parts of the organization are frequently involved. Most often (50.7%), the accounting department is brought in to assist. As a sign of the times, the energy management department (32.6%) came in ahead of the procurement department (31.2%) in the number crunching exercise. [See Chart D.]

“With all things being considered in today’s economic climate,” noted one respondent from a pre-K-12 school district, “the use of life cycle calculations is more important than ever. You have to look at the total picture and think outside of the box!” In retrospect, the results of this survey (with the exception of the perfect split on the question of “yes” or “no” for current LCCA practices) are consistent with the practical and compelling measures fms must take in order satisfy the needs of their organizations. As a long-term strategy, this approach has not yet hit full stride, but in the not so distant future, it will surely be part of standard purchasing nomenclature for those fms who strive to survive during volatile times. 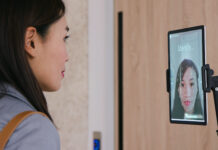 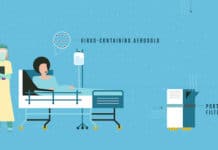 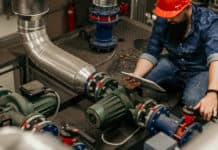 How To Tackle Deferred Maintenance And Avoid Costly Downtime