Published in the October 2008 issue of Today’s Facility Manager

When it comes to the building envelope, air infiltration (or leakage) is a significant energy waster. There are numerous undesirable instances when air can travel in and out of the facility. While some of that air movement is par for the course in a building’s structural design, many facilities can be upgraded to halt the movement.

The U.S. Department of Energy (DOE) has stated that up to 40% of heating and cooling consumption can be due to combating air infiltration in the building envelope.

Naturally, air moves through small openings around window frames. But another way windows affect interior temperatures is through the surface area of their panes. The larger and/or less insulated the pane of glass, the more susceptible it is to the transfer of air through it. This principle applies to situations when the air outside is colder than that on the inside, and vice versa.

The U-factor (or U-value) of a window assembly is a major characteristic related to performance. The lower the U-factor, the greater a window’s resistance to heat flow and the better its insulating value.

The Efficient Windows Collaborative (EWC)—part of the University of Minnesota’s Center for Sustainable Building Research—defines U-factor as a “measure of the rate of non-solar heat loss or gain through a material or assembly. It is expressed in units of [Btu hour per square foot for F°] (W/sq m-°C). Values are normally given for NFRC/ASHRAE winter conditions of 0°F (-18°C) outdoor temperature, 70°F (21°C) indoor temperature, 15 mph wind, and no solar load. The U-factor may be expressed for the glass alone or the entire window, which includes the effect of the frame and the spacer materials.”

Advances in window technology over the past 30 years, such as low-emittance (low-e) coatings, have reduced the impact of this temperature transfer. Low-e is described by the EWC as “microscopically thin, virtually invisible, metal or metallic oxide layers deposited on a window or skylight glazing surface primarily to reduce the U-factor by suppressing radiative heat flow.”

However, while low-e coatings, double pane windows, and other features are now available on the market, many facilities built before 1980 contain single pane windows lacking any high performance features. These windows were the prevalent type installed until more advanced models came onto the market during the 1980s.

Replacing the windows in those buildings with more energy efficient types is one effective strategy. However, if cost, historic restrictions, or other factors prevent that option from being feasible, facility managers (fms) can look into other approaches. By reducing air infiltration through windows, managers can significantly reduce heating and cooling costs.

Caulking and weatherstripping can cut air filtration, but since single pane glass is not equipped to combat heat/cold transfer through its surface area, fms may want to take more aggressive action. Installing storm windows (also referred to as “secondary glazing”) can be a cost-effective alternative to replacement windows, with increased energy efficiency as a result. The supplementary barrier provided by the storm window can eliminate drafts, decreasing the heating and cooling loss from inside a building.

David Martin, president of Allied Window, Inc. in Cincinnati, OH, says that energy loss through a window opening can be reduced by nearly 50% when a storm window is installed. “Glazing materials with added performance features—such as a low-e coating—can reduce the U-value even further, but at least 80% of the [nearly 50%] energy savings comes from having the basic storm window in place,” he says.

Martin adds, “The U-value of a standard single pane, wooden, double hung window is about 1.12. The addition of a storm window will reduce that U-value to about .50 to .58, depending on the type of storm window which is used.”

While an additional pane reduces air leakage, a common assertion is that a storm window should be specified with a low-e coating in order to maximize improvement. In a 2002 study conducted at Lawrence Berkeley National Laboratory (LBNL), researcher Joseph H. Klems determined that “The addition of a low-e storm window to a prime window provided performance very similar to that of the replacement window.”

The LBNL test compared an efficient replacement window (spectrally selective low-e, argon-filled, insulated glass, well-weather-stripped vinyl frame) to an intentionally leaky single-glazed prime window with either an interior or exterior low-e storm window. The heat flows through the windows were accurately measured over several winter days, and the results showed the energy performance of both the interior and exterior low-e storm/prime window assemblies to be essentially equivalent to that of the replacement window.

Storm windows can be installed on the interior or exterior of an existing window. Which option is best suited for a particular project depends on a number of factors, including building height, maintenance requirements, and desired performance features. Speaking about his products, for instance, Martin notes that interior installations are often better in facilities eight stories or higher, make cleaning easier, and are better options for the use of low-e glazing.

For exterior installations, Martin says, “If ventilation from the outside is desired, typically it is better to use an outside unit.” One reason is because screens are more readily installed with that approach.

Sustainable facility management often involves building upon what already exists. With that mindset, fms may consider storm windows the best tool to increase the energy efficiency of their buildings’ envelopes.

Research for this article included information from Martin (www.alliedwindow.com), Lawrence Berkeley National Laboratory (LBNL), and the Efficient Windows Collaborative (www.efficientwindows.org). The LBNL study cited can be found at http://repositories.cdlib.org/lbnl/LBNL-51453/. 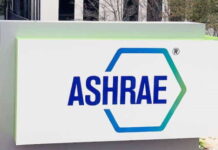 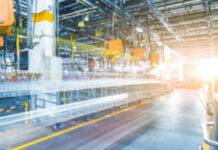 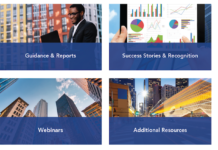