Not only do floor mats help keep dirt from being tracked into a building, they can also help to prevent illness causing bacteria from entering facilities on footwear. Dr. Charles Gerba, a microbiologist at the University of Arizona, has found that as many as 5,000 bacteria can cling to one square inch of footwear. And, Gerba says, that’s 100 times more than can be found on a similar-sized area of a toilet seat. Among the types of bacteria the professor has identified on footwear are Escherichia coli, Klebsiella pneumonia, and Serratiaficaria. These bacteria can can cause intestinal infections and diarrhea, pneumonia, and respiratory tract infections, respectively.

However, taking measures to address these issues keeps most illnesses at bay. Says Adam Siegel, a facility services and work hygiene product manager at UniFirst, which provides cleanliness products to companies throughout North America, “We live in a bacteria filled world and it’s simply a matter of practicing some basic personal and building hygiene—particularly during the winter cold and flu season when soiling conditions generally tend to worsen.”

For personal hygiene, Siegel says individuals should wash their hands regularly with soap and water. Even better, he says, use a waterless hand sanitizer like Purell®. The comparable solution for building hygiene, Siegel says, is to follow a “two-step, dirt-trapping system.” Step one calls for using scraper mats just outside building entranceways, while step two calls for placing walk offs immediately inside of them. The cross patterned cleat construction of scraper mats allow them to remove significant portions of dirt from the feet of visitors before they enter a building, while the walk offs remove most of the residual soiling. Together, this approach prevents 85% of all outside dirt and bacteria contaminants from entering a facility, according to the International Sanitary Supply Association (ISSA).

Other studies, like the state of Minnesota’s “Guidelines for Indoor Air Quality,” underscore the effectiveness of two-step matting systems for preventing particulates from being spread throughout a facility and negatively impacting indoor air quality. The guidelines’ authors, however, recommend that all entranceway mats be professionally maintained on a weekly basis to ensure their total effectiveness. Siegel agrees. “Without regular replacement and laundering, entranceway mats simply become giant rubber stamp pads that allow footwear to disperse bacteria infested grime everywhere anyone walks.” 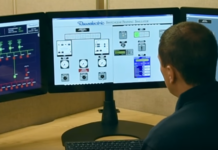 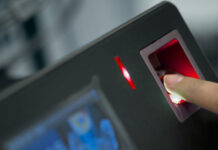 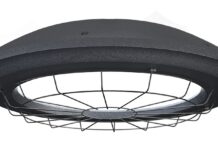 Webinars August 10, 2022
Attend this free webinar on August 10 and learn how to streamline and automate your access control, and help make the return to routines safe and simple.