The emergence of electric lighting at night nearly a century ago has positively affected countless aspects of human life, ranging from improved safety and security to stronger economic development. But too much nighttime illumination can cause problems for stargazing, animal health, and may even compromise sleep, often leading some people to say “lights out.”

Balancing public and private interests for nighttime lighting has been a difficult undertaking, as too little lighting may increase safety and security issues, while too much lighting may cause problems for the environment and for human well being. Scientists in the Lighting Research Center (LRC) at Rensselaer Polytechnic Institute have developed the first ever comprehensive method for predicting and measuring various aspects of light pollution.

“Until now, the conversation about light pollution has been just that—a lot of talk with no data,” said Mark Rea, LRC director and principal investigator on the project. “The Lighting Research Center’s Outdoor Site-Lighting Performance measurement method is a powerful tool, allowing users to address three important aspects of light pollution—sky glow, light trespass, and discomfort glare—quantitatively and at the same time.”

Sky glow is defined as total amount of light leaving a property. Light trespass describes the amount of light crossing from one property boundary onto another, and discomfort glare predicts the level at which light coming from a luminaire is uncomfortable for viewers.

Although the three factors are independent of each other, each is measured using OSP, allowing users to control and maximize the positive benefits of nighttime lighting, while simultaneously minimizing their negative consequences for the public, according to Rea.

Developed as a practical system for assessing outdoor lighting performance, the OSP method can be used with any commercial lighting software. Using this software, the designer establishes a calculation “box” following the natural division between a public and private space, the property line.

For purposes of standardization, scientists in the LRC set the top of every calculation box at 10 meters (33 feet) above the highest luminous architectural element on the property, or the highest point on a building that might be illuminated with flood lighting.

With this basic framework in place, OSP can be used to analyze sky glow, by measuring the overall average illuminance on the side and top planes of the box; light trespass, by calculating the maximum illuminance on any of the side planes; and glare, by computing three illuminance values obtained at the property line, according to Rea.

“Project participants used OSP with their preferred lighting calculation software programs, documenting the area of each side of the box, average illuminance on each side of the box, and the maximum illuminance on the vertical sides of the box,” said Brons. “The measurements were then used to calculate the three aspects of light pollution. These empirical results are the first ever published that we know of showing how much light leaves a sample of outdoor lighting installations, measured in terms of glow and trespass. Once application engineers had these data they began to find creative solutions to reduce light pollution while maintaining the design objectives. This is important because it shows that lighting decision-makers can use OSP to do a better job.”

A database of results has been created to help engineers compare the performance of their own projects to the glow, trespass, and glare levels measured at nighttime lighting applications located across North America and Europe.

Based on the 125 sites examined, LRC scientists have developed provisional limits for glow, trespass, and glare, offered as starting points for subsequent discussion among all stakeholders in nighttime lighting, according to Rea.

OSP can be used by lighting engineers immediately, particularly for the investigation of glow and trespass (glare analyses are more complex to perform and current commercial software does not readily allow them), and can help users compare several lighting design alternatives for the same site.

“This project began in 2005 with leading manufacturers approaching us for an objective and unbiased assessment of light pollution, and as a result, we are pleased to share this new, comprehensive tool that brings much-needed balance to the discussion,” said Rea. 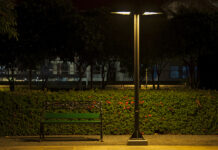 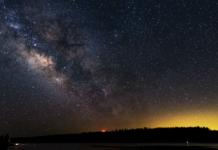 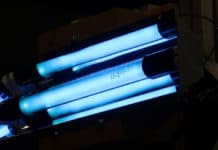