When working on the turnover of a new or renovated building, facility managers (fms) hope their design teams have looked at all of the best standard of care operations so their facilities will function as intended. Unfortunately, this is not always the case, which can lead to problems.

Some years ago, the Building Owners and Managers Association (BOMA) International regularly published a list of the top 10 building issues faced by owners and managers. Consistently topping the list was roofs, with mechanical/HVAC systems a close second. With regard to mechanical/HVAC systems, there seems to be three elements (at least) to design and construction that always take more time than planned, are extremely disruptive, and/or have long term consequences that a busy fm wishes would just go away.

These issues impact the move in/completion schedule; however, they are often overlooked by designers, as not all occur on every project. Three leading issues are: damage to existing work while under construction; extended dry out periods; and operating at no load/transitions load time periods.

Case One: Damage To Existing Work

An fm is overseeing a considerable investment in facilities and infrastructure. The design team has spent 99% of its design time (and usually 125% of the design fees) getting the documents completed. The building and structures look fine, but nothing will work without bringing in the mechanical/HVAC campus infrastructure from the campus central plant. On-site campus chilled water, steam, fire protection, and domestic water are scheduled to be in place and extended to the buildings, so all is well.

The facility management (FM) team has located the buried piping; the access sleeves through the lower level wall have been cored. The excavation for the piping is complete, but there is a hold up in getting the new chilled water pipe to the job site. So the core drilled holes through the basement wall are open, prepared for the new pipe. During excavation, a section of push-on joint sanitary pipe has been exposed, and the intent is to re-cover the sanitary pipe after the chilled water pipe is installed.

Over the long weekend, roving security people detect a sewage flow from the campus systems. The excavation for the new chilled water has exposed the campus sanitary sewer main; even though it has been fabricated with push-on joints, it still requires the earth burial for joint restraint. Now the excavation and the lower level of the new work are filled with sewage.

Lesson. Fms should be sure the construction superintendent is experienced enough to know that when outside utilities are exposed, whether in or out of the contract, they must be monitored. Sanitary sewer, storm sewer, fire, and domestic water piping with push-on mechanical joints all need the restraining mass of earth burial to keep them from moving. On combined domestic and fire protection water service entry piping, this is a National Fire Protection Association (NFPA) requirement.

The team should be careful not to expose any existing service pipe earth cover; earth burial and, in some in cases, thrust blocks are inexpensive and in place for a reason. Open joints on unrestrained piping present a problem the FM staff doesn’t need.

On another project, the contractor is being pushed to finish a new lab building in time for the fall semester. The summer is hot and unusually humid. The concrete framed building is enclosed, but now the indoor relative humidity is significantly higher than outdoors due to the tons of water vapor (literally) being released from the concrete. The contractor is directed to energize the chilled water systems, and 41°F chilled water flows throughout the piping system. Next comes the condensate dripping, and after two weeks, the green and black residue that could be mold is evident on the pipe insulation jacket.

Lesson. Some things can’t be rushed. Experienced FM professionals understand this. Just because an oven can cook a Thanksgiving dinner in three hours at 300°F doesn’t mean that one hour in a 900°F oven will do. Fms should plan for the right amount of time to get the proper dry out job done. When in doubt, they should have contractors install temporary cooling equipment in areas where finishes are being applied, rather than trying to energize a chilled water system completely where the humidity is uncontrolled. Temporary cooling is just as necessary to application of expensive finishes as is temporary heat.

Case Three: Operating At No Loads

HVAC design engineers look out for their clients. They design the HVAC system for peak cooling, add a factor for expansion (as directed), add their own safety factor, and round all this up to fit the shell of the next size chilled water chiller. There is plenty of capacity for that peak August day with a full staff indoors working away on electric heat producing equipment. But this is April, with mild weather and a cool rain; indoor humidity begins to build up. The energized chiller system falls off line because of low load condition, yet the indoor temperature and humidity is swinging wildly.

Lesson. Any competent HVAC engineer can add up peak loads, future loads, and safety factors, always rounding up. There should never be an undersized condition. But experience tells us that fms have more problems at change over/no load, low load, and intermediate load conditions than ever at peak load. Fms should remember the 75/75 rule: 75% of the operating lifetime of a facility or more will be spent at 75% of the peak load or less. Designs should be tested for no load and low load operations.

Learning the hard way can be time consuming and expensive when it comes to HVAC system design and operation. Being aware of some common problems ahead of time can aid fms in avoiding project pitfalls.

Decker is an associate partner at Syska Hennessy Group (www.syska.com) with more than 24 years of experience in building systems engineering design. He has been responsible for the design of mechanical systems in medical, educational, recreational, military, industrial, commercial, and correctional projects for both new and renovated facilities. 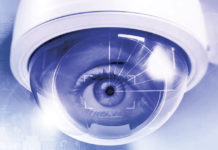 Security: The Eyes Have It