BIPV are PV components that replace the look and function of a primary building material, and are sold as a single unit. Compared with BIPV, BAPV encompass a broader class of building mounted photovoltaics and include some traditional roof mounted PV systems.

Entitled “Laying the Foundation for Building Integrated Photovoltaics,” Lux’s report sought to provide insights for building materials, chemical, and photovoltaics entities on: opportunities for entering the market; likely candidates for strategic partnerships; market developments and new technologies that will foster success; and how conventional and thin-film solar technologies will compete in specific applications

“The market may be too small to be a central interest to big players, but we see key opportunities for technology providers that can deliver BIPV components with an aesthetic differentiation—as opposed to a cost differentiation,” said Johanna Schmidtke, a Lux Research analyst and lead author of the report. “That also applies to architects and building envelope specialists who can distinguish their own businesses, while raising awareness of BIPV.”

High price points and a lack of standardization are slowing adoption. Highly customized products and low production volumes are putting a drag on BIPV’s claim that it lowers costs by streamlining installation of building product and PV technology. High price points will limit growth to $5.7 billion over 694 MW in 2013, signifying just 3.7% by volume of the overall solar market.

BAPV will dominate for the foreseeable future. BIPV currently wields aesthetic and subsidy-based advantages over BAPV retrofits. But PV module manufacturers are shoring up the aesthetic gap, which will further pressure BIPV players to decrease the price premium they exact.

“BIPV is nearing a crossroads,” said Schmidtke. “It will either continue to grow slowly as a highly specialized, aesthetic niche market, or bridge the gap between the PV and building industries. The latter path will require industry standards, as well as innovation and investment. But it also offers genuine growth opportunities for well positioned parties.”

Meanwhile, solar energy deployment increased at a record pace in the United States and throughout the world in 2008, according to another industry report. On March 19, the Solar Energy Industries Association (SEIA) released its “2008 U.S. Solar Industry Year in Review,” which

The growth rate was highest for grid connected PV electric systems, which increased by 58% to a total of 792 MW. California dominated this category, installing 178.6 MW of grid-tied PV, but the largest PV system, at 10 MW, was built in Boulder City, NV. Meanwhile, domestic PV manufacturing capacity increased by 65%, and preliminary estimates peg the total U.S. PV manufacturing capacity at 685 MW per year as of the end of 2008.

SEIA estimates that 342 MW of PV were installed throughout the United States in 2008, and although Solarbuzz LLC reached a higher number of 360 MW for its annual PV industry report, that growth rate is still dwarfed by the world’s fastest growing PV markets, namely, Spain and Germany. According to Solarbuzz, Spain added 2,460 MW of solar PV power in 2008, while Germany added 1,860 MW of PV power, leaving the United States in a distant third place. Solarbuzz estimates the global market growth at 5,950 MW in 2008. World PV production reached 6,850 MW per year in 2008, a significant jump up from the capacity of 3,440 MW per year for 2007. Contributing to that rapid growth, the production of thin-film solar modules more than doubled, reaching 890 MW per year by the end of 2008. 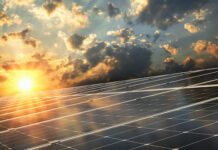 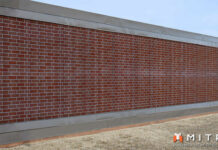 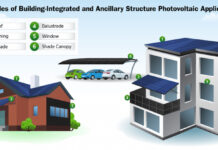