Earlier this month, Tyson Foods Inc. was sentenced in U.S. District Court in Arkansas to pay the maximum fine for willfully violating worker safety regulations that led to a worker’s death in its River Valley Animal Foods (RVAF) plant in Texarkana, AR, the Justice Department announced. The court ordered Tyson Foods to pay the $500,000, the maximum criminal fine as well as serve one year probation. [See the original FacilityBlog post on this article from 1/7/09.]

According to the court documents filed in the case, Tyson operated several RVAF plants that recycled poultry products into protein and fats for the animal food industry. As part of the rendering process in four of the plants, the company used high-pressure steam processors called hydrolyzers to convert the poultry feather into feather meal.

Decomposition of biological material such as poultry feathers produces hydrogen sulfide gas, an acute-acting toxic substance. Employees at the Tyson facilities often were exposed to the toxic gas when working on or near the hydrolyzers, which required frequent adjustment and replacement.

As a result, at approximately 1 a.m. on Oct. 10, 2003, RVAF maintenance employee Jason Kelley was overcome with hydrogen sulfide gas while repairing a leak from a hydrolyzer and later died. Another employee and two emergency responders were hospitalized due to exposure during the rescue attempt. Two employees also were treated at the scene.

“Federal laws require employers to undertake steps that limit exposure to dangerous substances like the gas that killed Jason Kelley. Today, Tyson Foods is paying the maximum fine for failing to abide by these laws,” said John C. Cruden, Acting Assistant Attorney General for the Justice Department’s Environment and Natural Resources Division. “The Justice Department takes its enforcement responsibility seriously and companies that ignore these laws and risk their employees’ lives will be prosecuted.”

The Occupational Safety and Health Act (OSHA) requires that employers furnish places of employment free from recognized hazards that are likely to cause death or serious physical harm to employees. This includes taking steps to ensure that employee exposure to dangerous substances such as hydrogen sulfide gas remains within prescribed limits. 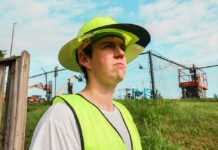 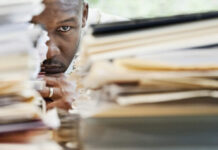