Several months before President Obama proposed a Happy Hour Summit to resolve racial issues stemming from the arrest of Henry Louis Gates, a local furniture store in High Point, NC area embraced the concept as a way to drum up business during the down economy. The Red House Furniture Store has developed a marketing campaign that illustrates the company’s philosophy: “Where black people and white people buy furniture.”

“For a while, we couldn’t do anything but answer the phone. ‘Yes, we’re a real store. Yes, that’s a real ad,'” said Vice President and Manager Steve Patalano.

Martha Waggoner of the AP writes:

The ad, which debuted April 20, 2009 and is only available online, has the grainy feel of a homemade late-night TV spot. Employees and customers haltingly read lines off cue cards, occasionally attempting to gesture as they talk.

The Red House, in business for about 50 years, hooked up with the singers, Rhett McLaughlin and Link Neal (owners of a video production company) after a company it uses to extend credit to customers offered to pay for a free Internet ad. Patalano accepted and Neal and McLaughlin showed up.

“We thought the idea was hilarious to use race and racial reconciliation as a marketing angle,” Neal said. “We also knew it would raise eyebrows and spark discussion.”

The way the creators explain it, every edit was made and every line written with the intent of making the ad popular online.

Hill and Pina — who have been asked for their autographs — say the theme didn’t pose a problem.

“The way we did it, it didn’t seem like nothing bad,” said Hill, 43. “We’re just like family around here. And the customers are like family to us. I just didn’t see anything wrong with it.”

Patalano says complaints have been few and far between, and the ad has brought more than page views. A couple from Georgia who bought furniture at the store Saturday told workers they were there because of the ad. Patalano has received e-mails from people as far away as Australia. One woman from Tennessee wrote to say she was thankful once-divisive race relations now can be treated in a lighthearted way.

“We deal with all characters, a mixture of people,” he said. “We are blessed to have this customer base because some stores are shutting down.”

Hmmm…I wonder what beer they drink? 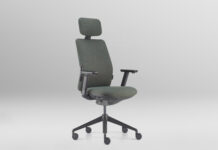