The U.S. Environmental Protection Agency (EPA) and the Department of Energy (DOE) have awarded OSRAM SYLVANIA a 2010 ENERGY STAR® Sustained Excellence Award in recognition of its continued leadership in protecting the environment through energy efficiency. It is the ninth consecutive year the company has received an ENERGY STAR award. OSRAM SYLVANIA’s accomplishments were recognized at an awards ceremony in Washington, DC on March 18.

The 2010 Sustained Excellence Awards are given to a select group of organizations that have exhibited outstanding leadership year after year. These winners have reduced greenhouse gas emissions by setting and achieving aggressive goals, employing innovative approaches, and showing others what can be achieved through energy efficiency. These awards recognize ongoing leadership across the ENERGY STAR program including energy-efficient products, services, new homes and buildings in the commercial, industrial and public sectors. Award winners are selected from more than 17,000 organizations that participate in the ENERGY STAR program.

Across the United States, top companies and organizations are continuing to promote energy efficiency through participation in ENERGY STAR. Last year alone, Americans with the help of ENERGY STAR saved $17 billion on their energy bills and reduced greenhouse gas emissions equivalent to those of 30 million vehicles.

OSRAM SYLVANIA, an ENERGY STAR partner since 1999, was honored for its long-term commitment to energy efficiency. In 2009, the company introduced 40 new ENERGY STAR-labeled lighting products and launched the first compact fluorescent flashlight application in the Apple Store.

“OSRAM SYLVANIA is contributing to greater energy efficiency by walking our talk. In addition to producing an expansive line of ENERGY STAR-rated lighting products, we’ve adopted energy-saving business practices in our facilities,” said Jennifer Dolin, OSRAM SYLVANIA manager of sustainability and environmental affairs. “We view our ENERGY STAR partnership as an important way to join in the fight to address climate change.”

“EPA is recognizing OSRAM SYLVANIA with our highest ENERGY STAR award – the 2010 Sustained Excellence Award,” said Gina McCarthy, EPA Assistant Administrator for Air and Radiation. “OSRAM SYLVANIA’s continued leadership and commitment to energy efficiency is a testament to what we can accomplish to reduce greenhouse gas emissions and protect our global environment.” 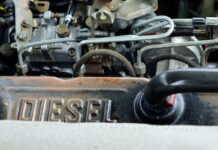