Solar and wind power can supply the vast majority of North Carolina’s electricity needs, according to a report released last week by the Institute for Energy and Environmental Research (IEER). Combined with generation from hydroelectric and other renewable sources, such as landfill gas, only 6% of electricity would have to be purchased from outside the system or produced at conventional plants, states the report. It is titled, “Matching Utility Loads with Solar and Wind Power in North Carolina: Dealing with Intermittent Electricity Sources.”

“Even though the wind does not blow nor the sun shine all the time, careful management, readily available storage, and other renewable sources can produce nearly all the electricity North Carolinians consume,” said the study’s author, Dr. John Blackburn, who is Professor Emeritus of Economics and former Chancellor at Duke University.

“Critics of renewable power point out that solar and wind sources are intermittent,” Dr. Blackburn continued. “The truth is that solar and wind are complementary in North Carolina. Wind speeds are usually higher at night than in the daytime. They also blow faster in winter than summer. Solar generation, on the other hand, takes place in the daytime. Sunlight is only half as strong in winter as in summertime. Drawing wind power from different areas—the coast, mountains, the sounds or the ocean—reduces variations in generation. Using wind and solar in tandem is even more reliable. Together, they can generate three-fourths of the state’s electricity. When hydroelectric and other renewable sources are added, the gap to be filled is surprisingly small. Only six percent of North Carolina’s electricity would have to come from conventional power plants or from other systems.”

Dr. Arjun Makhijani, President of IEER, explained why his center published Dr. Blackburn’s report, “This is a landmark case study of how solar and wind generation can be combined to provide round the clock electric power throughout the year. North Carolina utilities and regulators and those in other states should take this template, refine it, and make a renewable electricity future a reality.” Dr. Makhijani is the author of the 2007 book, “Carbon-Free and Nuclear-Free: A Roadmap for U.S. Energy Policy.”

To request a PDF of the report, which contains an executive summary, send an e-mail to avazquez@groupc.com. 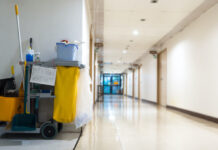 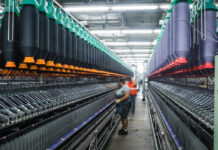