By William K. Principe
Published in the May 2010 issue of Today’s Facility Manager 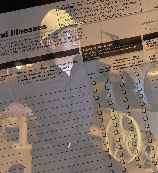 On January 29, 2010, the Occupational Safety & Health Administration (OSHA) published in the Federal Register a proposed amendment to the Agency’s Injury and Illness Regulations. This action would essentially restore the section of the original regulations that addressed the recording of cases involving musculoskeletal disorders (MSDs). [For more on the Federal Register language, see the sidebar entitled “OSHA’s Rationale.”]

Representatives of the agency deem this new column on the OSHA 300 Log to be necessary in order to improve the accuracy and usefulness of national injury and illness statistics. However, some experts see this modification to the OSHA 300 Log as the first step toward some form of new ergonomics regulation.

What It Could Mean

A revised MSD rule would require employers to record, in a newly created and separate column on the OSHA 300 Log, a wide variety of physical conditions that impact workers. Back pain, sore feet, carpal tunnel syndrome, and any temporary pain or discomfort, no matter how fleeting, would require documentation if the work environment is determined to either cause or contribute to the condition.

In 2003, OSHA deleted the MSD provisions (column and definition) from the 2001 Recordkeeping rule (68 FR 38601). However, after further consideration and analysis, the Agency believes that information generated from the MSD column will have numerous benefits. Therefore, OSHA is proposing to revise its Recordkeeping regulation (29 CFR part 1904) to restore a column to the OSHA 300 Log that employers would use to record work related musculoskeletal disorders (MSD).

The proposed rule would require employers to place a check mark in the MSD column, instead of the column they mark now, if the case is an MSD and meets the general recording requirements of the Recordkeeping rule. The rule also proposes, for this recordkeeping purpose only, a definition of MSD that is identical to the one contained in the 2001 final Recordkeeping rule.

Having data from the MSD column would improve national statistics on MSDs in several ways. It would allow the Bureau of Labor Statistics (BLS) to collect and report the total number and rate of MSDs on an annual basis, both nationally and in specific industries—not just the figures for cases that result in days away from work (as is currently reported). Currently, this basic information is unavailable.
In its 2003 notice rescinding the MSD column, the agency stated that information from the column would be of little statistical value, because it would be general for all MSDs and would lack the detailed breakdown of case characteristics that is available for days away from work cases (68 FR 38605). After careful reconsideration, OSHA believes this conclusion substantially understated the usefulness of the MSD column information.

In addition to its statistical value, the MSD column would assist OSHA’s inspection, outreach, guidance, and enforcement efforts. Each year, OSHA collects summary data from OSHA 300 Logs and uses it to schedule inspections in high hazard industries. This summary data does not include any information specifically on MSDs. Restoring the MSD column on the OSHA 300 Log would provide the Agency with such data.

Meanwhile, employers would be able to use MSD column data in their efforts to determine whether their workplace programs are effective in reducing MSDs. Having the column would make it easier for employees to remain informed about MSD hazards associated with their jobs.

Recently, concerns have been raised about accuracy of workplace injury and illness records. In 2008, the U.S. House of Representatives Committee on Education and Labor held a hearing to examine the extent of this problem and its causes. In June 2008, the Committee Staff Majority published a report titled “Hidden Tragedy: Underreporting of Workplace Injuries and Illnesses.” The report identified ergonomics injuries as one type of case that has been “significantly underreported.”

OSHA believes these changes in employer practices for medically managing MSDs may be resulting in under representation in BLS statistics for cases with days away from work. OSHA is concerned that employers are increasingly using restricted work, job transfers, and medical treatment or surgeries without lost work time to bring employees back to work more quickly and to avoid recording MSDs appropriately.

OSHA believes MSD data may be particularly affected by these changes, since many MSDs may not fully incapacitate workers and may still enable them to perform alternative work duties during the recovery period. As the number of MSD cases being shifted continues to grow, there will be fewer and fewer MSDs represented in BLS detailed statistics on cases with days away from work. The MSD column would ensure that serious MSDs are included in the BLS statistics, regardless of employer practices.

When OSHA removed the MSD column provision in 2003, some employers were confused about whether they were required to record MSD cases. Since 2003, OSHA has received numerous calls from employers asking whether MSDs are considered recordable injuries and illnesses.

Medical treatment or restricted work that is recommended by a licensed healthcare professional (such as doctors, nurses, chiropractors, physical therapists, or athletic trainers) would also need to be recorded.

The Politics Of Ergonomics

Since employers are already required to record these same types of cases on the OSHA 300 Log in an “All Other Illness” column, many may wonder why this new proposal is raising such a ruckus. Enter the politics of ergonomics.
In 2001 at the conclusion of the Clinton Administration, OSHA issued an Ergonomics Standard. This standard had been bitterly opposed by many in the business community for more than a decade for several reasons.

First, there was debate over the accuracy of the science. There was also the issue of cost. Opponents felt the pending standard would impose burdensome costs on employers without any assurance that the cumulative trauma- and lifting-related medical conditions would be appreciably prevented or diminished by the control measures that would be required.
With a Republican controlled Congress in 2001, the Ergonomics Standard was repealed under the Congressional Review Act (a law that allows Congress to rescind or repeal any agency standard that it believes is misguided). The repeal of the Ergonomics Standard was the first time the Congressional Review Act had been used to rescind an OSHA Standard. It has not been used since.

Significantly, under the terms of the Congressional Review Act, when a standard is repealed, the Agency is prohibited from publishing any new standard that is “substantially similar” to the repealed standard. So as a result of the repeal of the Ergonomics Standard, OSHA under the Bush Administration decided to delete the section of the Injury and Illness Recordkeeping Regulations that would have recognized MSDs under a stand-alone column on the OSHA 300 Log.

Announcing this decision in June 2003, OSHA stated, “The MSD column was not necessary or supported by the record…and would not materially improve national statistics on MSDs.”

Now, seven years later under the Obama Administration, OSHA now believes a separate MSD column is necessary. Since employers are already recording MSD cases in Column (M)(6) of the Log (in the “All Other Illness” column), and there are virtually no other types of cases recordable in this column, many believe the real impetus behind this change is the goal of justifying the need for new ergonomics regulation.

Although the Congressional Review Act specifically prohibits OSHA from promulgating any new ergonomics standard that is “substantially similar” to the repealed 2001 Ergonomics Standard, no one really knows how the courts will interpret this statutory language. One stream of thought is that OSHA will publish an ergonomics standard for a specific industry.
Nor does anyone know whether the courts would consider the effect as “substantially similar” and therefore prohibited if OSHA attempts to regulate ergonomics through the back door. One such back door method might push the adoption of a safety management program standard requiring employers to do the following:

Similarly, there is no way to know whether the Congressional Review Act might be subsequently amended to allow a future ergonomics standard that might otherwise be considered “substantially similar” to the repealed 2001 Ergonomics Standard.

OSHA’s proposal is also seeking to end a recordkeeping interpretation that has existed since 1999. Both OSHA’s Recordkeeping Compliance Directive and Frequently Asked Question 7-19 provide that if an employee reports minor aches and pains to a health care professional, and the doctor, nurse, or therapist determines that, although the employee is fully capable of performing regular job duties, the employee would benefit from some temporary modification of the employee’s job duties, such cases do not have to be recorded.

The logic of this interpretation, which has existed since a 1999 OSHA Interpretation Letter, is that early intervention encourages employees to report minor aches and pains before the condition worsens and becomes a fully fledged and diagnosed MSD. By requiring such cases to be recorded as ones that restrict work activity, some employers (those worried about increasing their recordable rates) may elect to discontinue early intervention programs. From an OSHA perspective, eliminating this interpretation could increase the number of recordable MSDs and provide a basis for the need for an ergonomics regulation.

Written comments on this new proposal were initially due to be submitted by March 15, 2010, but that deadline was extended to March 30. If the proposal becomes a final regulation and the change to the OSHA 300 Log is approved, this change would go into effect on January 1, 2011. The politics of ergonomics may be on the horizon.

Do you have a comment? Share your thoughts by writing to [email protected], or search for additional articles on this subject in the TFM archives at https://facilityexecutive.com.

Workplace Culture January 24, 2022
Employees no longer think there will be a “return to normal” when it comes to work, and wish employers would make plans accordingly.