At the ASIS 2010 security trade show held earlier this month in Dallas, TX, several exhibitors discovered missing electronics on the second morning of the event (October 13). Around 10 pm the previous night, a few members of the cleaning crew were caught on camera stealing computer equipment from exhibitors’ booth displays. Milestone Systems, which was located at a neighboring booth, was able to assist in identifying the thieves with surveillance cameras the company had set up to demonstrate XProtect™ IP video management software to trade show attendees.

Moog QuickSet, an Illinois-based precision control components and systems company, was the victim of the theft, and Trish Logue, marketing manager at the company, relates:

“I arrived at our booth early Wednesday morning to get our security systems up and running when I realized the laptop that ran our radar surveillance system was gone; it stored proprietary software from Moog QuickSet. I immediately reported it to the Arata event managers, who contacted the security personnel, as well as the Dallas police. They suggested I ask booths around mine if they were missing anything, so I approached Kevin Gramer from Rimage, who was exhibiting in the Milestone booth.

He immediately fired up the Milestone video from an Axis camera that was pointing at the Moog QuickSet booth all night. Needless to say, I was more than impressed when he pulled up the video of the two individuals clearly stealing the laptop. Kevin was extremely accommodating, showing me the features of the software, zooming in on the individuals’ faces, slowing down the video, rewinding, etc. He burned five CDs for me, and I immediately gave Arata services a copy of the video clearly showing the perpetrators in action. The video surveillance helped the Dallas police positively identify them; they were apprehended and we got our laptop back,”

Another Milestone Solution Partner also assisted. The developer of video synopsis solutions called BriefCam used their search facility embedded in the Milestone XProtect Smart Client to review 10 hours of video from the previous night, presenting a summary of the culprits’ entry and movements with exact time stamps. Rimage then used their Surveillance Publisher solution to export those sequences directly from the Smart Client to DVDs.

The cleaners were greeted when arriving for their night shift rounds, and questioned about the missing electronics. In the face of the video evidence, one of the crew confessed, and agreed to return the missing equipment. To the authority’s surprise, however, not only did he produce the purloined laptop and an iPAD, but several bags full of stolen items from another trade show that had taken place weeks earlier. The perpetrators were fired from the cleaning personnel roster immediately, and prosecution for the crimes is in progress. 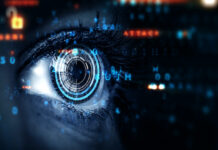