The competition, launched on April 27 of this year, challenged teams from 14 buildings across the country to measure their building’s energy use and reduce waste with help from the Energy Star program. Morrison Residence Hall at UNC reduced its energy use by 35.7% in one year, saving more than $250,000 on their energy bills and reducing more than 730 metric tons of greenhouse gas emissions, equivalent to the carbon dioxide emissions from the electricity use of nearly 90 homes for a year.

“The amazing results of the first ever National Building Competition prove that any building can take simple steps to slash energy use, save thousands of dollars, and protect the environment,” said EPA Administrator Lisa P. Jackson. “Our top participants together saved nearly a million dollars by cutting energy use, and that’s just in the first year. We look forward to seeing even greater savings and energy innovations in the years ahead.”

Morrison Residence Hall reduced its energy use through a combination of energy efficiency strategies, including improved operations and maintenance as well as outreach to dormitory residents. A computer touchscreen monitor in the dorm lobby helped residents keep track of energy consumption. Competitions between dorm floors encouraged students to turn off lights and computers, and reminders were posted in elevators, bathrooms, and common areas. Improvements to the heating, ventilation and air conditioning system, as well as lighting improvements, helped to increase the building’s energy efficiency and maximize savings.

A Sears store in Glen Burnie, MD came in second place with a 31.7% energy reduction, and a JCPenney store in Orange, CA, with energy savings of 28.4%, came in third place. Together, the 14 competitors reduced their energy use by more than 44 million kBtu, saved more than $950,000 in utility bills, and reduced carbon dioxide emissions equivalent to those from the electricity use of approximately 600 homes for a year.

Read more about the winning facilities and the contest.

The National Building Competition measured energy performance from September 1, 2009 through August 31, 2010. The energy use of each building was monitored through EPA’s Energy Star online energy measurement and tracking tool, Portfolio Manager. Buildings were evaluated on the greatest percentage based reduction in energy consumed by a building relative to its size and adjusted to account for changes in weather. Third-party utility statements were required at the conclusion of the competition to verify the energy performance of each competitor. 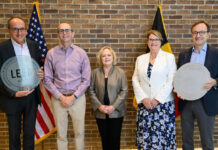 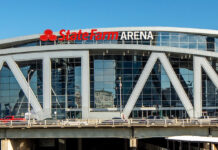