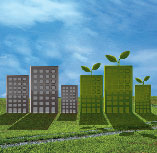 While the building industry has been challenged by the economy, facility managers (fms) and other professionals are now very open to hearing messages about making their buildings more energy efficient and sustainable. Roughly 98% of construction dollars in the United States are spent on existing buildings, so there’s a rich opportunity to improve the energy efficiency of the existing building stock.

This assertion echoes ASHRAE Presidential Member Gordon Holness’ (2009-10 ASHRAE president) vision of the future from his article in the January 2010 issue of Today’s Facility Manager. Holness wrote that 2010 offered a significant opportunity to reduce energy use through building legislation, new technology, and innovative design. The same continues to hold true for 2011. And HVAC systems are a significant area where such strides can be made.

One initiative expected to have a positive impact on green design is the green building standard published in 2010 by ASHRAE, the Illuminating Engineering Society of North America (IES), and the U.S. Green Building Council (USGBC).

This Standard 189.1, Standard for the Design of High-Performance, Green Buildings Except Low-Rise Residential Buildings, is the first code intended commercial green building standard in the United States. It provides a foundation for those who strive to design, build, and operate sustainable buildings.

Recently, the standard became part of the nation’s first set of model codes and standards as a jurisdictional compliance option under the International Green Construction Code published by the International Code Council (ICC), the American Institute of Architects (AIA), and ASTM International. Bringing together the code expertise of ICC with technical expertise of ASHRAE and other partners to create a comprehensive green building code will accelerate the transformation to more sustainable building practices.

ASHRAE and IES continue to raise the minimum requirements in its trio of energy standards:

Recently published is the 2010 version of Standard 90.1. By following the 2010 standard, almost 30% energy savings can be achieved over the 2004 version. Working within the constraints of strict economic justification and a prescriptive format, that project committee has achieved notable energy savings across all building types and U.S. climate zones. The standard also offers code bodies the opportunity to make a significant improvement in the energy efficiency of new buildings, additions, and major renovations.

It is beneficial for the value of integrated design to be widely recognized by design professionals, contractors, owners, fms, and developers, and that approach plays a key role as fms strive to achieve high performance green buildings while containing first costs. The traditional approach where the architect designs the building shape, orientation, and envelope, and then transmits the drawings to mechanical and electrical engineers for their design, is a silo approach that misses the rich opportunities for optimizing building performance through collaboration from the beginning.

It requires a cultural shift in the building industry to transform the design process, and it’s a shift that has to occur if the goal of net-zero-energy buildings is to be realized. Numerous studies of unsuccessful projects can trace their failure to a lack of communication between architect and engineer; between mechanical engineer and electrical engineer; between engineer and contractor. To succeed in the 21st century, it’s imperative to cultivate stronger communication skills and embrace collaboration with the design team as the only way to optimize building performance.

The emergence of the Smart Grid will have a growing impact on the building industry in 2011 and beyond. The traditional electric grid features one-way communication, with power being generated, transmitted, and distributed to consumers. A Smart Grid delivers electricity from suppliers to consumers using two-way digital communications, which enables facilities to respond to signals from the supplier when there is a need to reduce demand. In many cases, appliances and equipment will respond to these signals automatically, and this will reduce demand and increase grid reliability. The Smart Grid has been likened to “the Energy Internet,” creating a two-way flow of electricity and information.

This standard is part of ASHRAE’s supporting efforts for the Smart Grid Interoperability Panel, a public-private partnership initiated by the National Institute of Standards and Technology (NIST) to speed development of interoperability and cyber security standards for a nationwide smart electric power grid. The proposed ASHRAE/NEMA standard will coordinate with work by the North American Energy Standards Board to develop a basic energy usage data model standard and create a facilities data model that provides additional energy usage data elements for commercial and industrial buildings. This includes HVAC&R, lighting, and other electrical loads.

Another source of energy savings that will receive increased focus in the coming year is plug and process loads. As a building’s HVAC, envelope, and lighting and loads diminish, the remaining loads take on increased significance. A realistic estimate of plug and process loads is critical in optimizing HVAC system sizing and performance during design; it also is essential to control after occupancy.

In future net-zero-energy buildings, plug and process loads are expected to be the largest energy end use. Building owners and occupants must understand the positive impact of converting to laptops and purchasing ENERGY STAR® equipment, and they have to understand the negative impact of failing to control plug and process loads during unoccupied hours.

Using The Tools To Get There

In energy simulation, daylight analysis, computational fluid dynamics, and building information modeling (BIM) software, there are powerful modeling tools that enable users to create and refine the vision of a building—its appearance, systems, operation, and performance. Those resources, used effectively in an integrated design process for new buildings and in analyzing retrofit opportunities in existing buildings, will help to guide fms, architects, developers, and contractors in building orientation, shading, and shape and in selecting materials, windows, equipment, and systems that optimize building performance.

A cultural shift must occur to implement integrated design. Building professionals must embrace change, push the boundaries, and engage all of the stakeholders in the design, construction, and operation. The challenge is to approach every project with innovation, not repetition, and to rise to the challenge of finding elegant solutions that will minimize energy use and provide exceptional indoor environmental quality.

Bellenger is a partner at Pathfinder Engineers & Architects LLP in Rochester, NY and serves as the 2010-11 ASHRAE president. She is the first female president in the 116 year history of ASHRAE (www.ashrae.org), and her presidential theme is “Modeling A Sustainable World.” Bellenger is ASHRAE certified as a Building Energy Modeling Professional and a High Performance Building Design Professional. 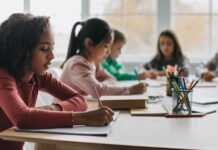 How Upgrades, Preventative Maintenance Can Improve IAQ For K-12 Schools