Fuel cells have been in existence in some form since the 1830s but have largely been on the fringes as an energy producing technology—until recent years. The efficiency of fuel cells has always been one of its notable advantages, but cost of materials (e.g., precious metals) is one reason this environmentally friendly option has not significantly impacted facilities energy strategies. High temperature requirements have been another challenge.

But things are changing on the fuel cell front, as research into lower cost materials and reduced operating temperatures continues to make headway. The U.S. Fuel Cell Council (which joined with the Hydrogen Energy Association in October 2010 to form the Fuel Cell and Hydrogen Energy Association) noted in its 2010 Industry Overview: “In 2005, much of the installed [fuel cell] capacity [in the U.S.] was made up of small, less than five kW, demonstrations of technology… Now, in 2008 and 2009, much of the installed capacity is comprised of large, permanent fuel cell systems.”

For facility managers (fms) concerned with reducing the environmental impact of their buildings’ energy consumption, fuel cells can be of interest, because the technology processes hydrogen (along with a growing list of fuel sources) to produce power while emitting only water and a small amount of carbon dioxide.

A drawback, however, had been that SOFCs operate at extremely high temperatures (typically above 1400°F). This lends itself to high efficiencies (as well as fuel type flexibility) but also creates engineering challenges. The ceramic electrolyte inside an SOFC is very brittle, and the mismatching of thermal expansion in different components can induce excessive stress in the ceramic, causing it to fail.

Various organizations are working on the temperature challenge, with Bloom Energy, a Sunnyvale, CA company introducing an SOFC unit, appearing to have solved the problem. Launched in early 2010, the company’s energy servers are currently operating at approximately 100 sites across the United States.

Asim Hussain, director of product marketing there, states there are several things that set Bloom Energy servers apart from other fuel cells. “Our particular type of fuel cell technology is different than legacy fuel cells in four main ways,” he says. “One is use of low cost materials—our cells use a common sandlike powder instead of precious metals like platinum or corrosive materials like acids. Second is high electrical efficiency—we can convert fuel into electricity at nearly twice the rate of some legacy technologies. Third is fuel flexibility—the systems are capable of using either renewable or fossil fuels (customers currently use natural gas or directed biogas), and fourth is that the servers are capable of both energy generation and storage.”

Each Bloom Energy server has the capacity to provide 100kW of continuous power, and the servers are modular, which enables fms to install one and add more units over time.

Some of the larger facilities using this SOFC technology for their energy needs are Coca-Cola, Google, and Wal-Mart. “Customers are evaluating additional deployments based on the results they are experiencing,” explains Hussain. “For example, Wal-Mart will be deploying the servers at between eight to 10 additional sites in the near future.”

The price of one of Bloom’s servers has been reported to be between $700,000 and $800,000, a cost which may be out of the range of many fms’ budgets. As with many purchases, fms know they should look beyond first costs and take into account potential savings over time (along with lessening environmental impact).

While these calculations will certainly bring up different results for each fm, Hussain notes the company is working with a variety of facility types. “The systems produce power at eight to 10 cents per kWh, including all costs over the project life,” he says, “and we are working with customers to ensure they can take advantage of these savings through leases and other financial options.”

Hussain notes that fms can expect a three to five year payback on the initial investment. While the company does not state expected service life, it warrantees each server for 10 years.

Fuel cell technology is one option for fms looking to reduce the pollution produced by their organization’s energy consumption. Well suited to stationary facility energy needs, the SOFC type may fit the bill for many locations.

Research for this article included information from the Fuel Cell and Hydrogen Energy Association and Bloom Energy‘s Hussain. 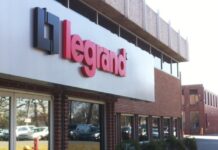 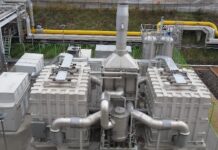