One sobering reality of facility management (FM) today is how vulnerable facilities are to incidents that can damage or destroy them. Whether responding to storm damage, earthquakes, or malicious attacks, facility managers (fms) need to be prepared to take decisive action to mitigate incidents and to recover as quickly as possible.

One often forgotten aspect of disaster recovery is ensuring that facility technologies continue to operate during the incident and that these systems are able to recover quickly afterwards. When systems such as access control, visitor management, facility information, or work management systems are incapacitated, this adds another roadblock to facility recovery.

An emerging technology architecture called cloud computing can help mitigate the effects of disasters and enable faster recovery. Cloud computing uses the ubiquitous connectivity of the Internet to remove geographical restrictions on where technology is physically housed. In the past, limitations in network and Internet connectivity made it necessary to use locally based servers on a network inside the facility. The computing infrastructure, applications, and data were all purchased, housed, and maintained locally. But, today, inexpensive, high-speed, Internet connectivity is practically everywhere. This means it is now possible to house an organization’s technologies far away and access them just the same as if they were right in the facility.

The distinctive attributes of cloud computing allow for more effective management of incidents while they are happening. For example, during a fire, emergency responders need facility information such as floor plans and locations of any hazardous materials. The problem that many face, however, is that this critical information is often unavailable, because it is inside the affected facility. One fm I know was working with the local fire department to help it understand where chemicals were stored in a facility that was on fire. He was stymied by the fact that all the floor plans and emergency evacuation plans were in a book that was unreachable inside the building.

By contrast, cloud based services storing facility information are available from any computer with Internet access and a password. This allows fms to get the information they need even when the facility itself is unreachable.

After an event, cloud based systems also help get facilities back on track, because systems are unaffected by the incident. This allows the facility to return to normal operation without costly and time consuming replacement of on-site hardware and software systems that may have been damaged or destroyed.

Cloud computing can take several forms. The most common is Software as a Service (SaaS), where fms purchase access to software that is housed by a vendor on their servers. This provides fms with the same software they would have if they purchased and installed it in their facilities, but there are some advantages to SaaS. First, fms do not need to make a large purchase up front to pay for software and hardware. Instead, they pay by the month per user, which can be an attractive option when budgets are tight. Another benefit is that maintaining the software or hardware (e.g., installing patches and upgrades) is done automatically by the vendor.

And SaaS also has an advantage in mitigating disaster. Because it is housed off site, it is unaffected by incidents that could destroy traditional hardware and software housed locally in a facility.

Another major use for cloud computing is to rent space in a data center to house owned hardware and software. By housing these systems in these data centers, they are more secure and resistant to incidents that could damage a facility. Today’s data centers are marvels of disaster resistance, with storm resistant envelopes, backed up power, and locations in low risk areas. Remote data centers are increasingly being used by organizations that are located in very high risk areas where threats like earthquakes and hurricanes loom.

One of the most innovative cloud computing offerings is a completely virtualized computing environment. Rather than having an actual physical server running software, fms can rent part of the computing capacity of a single huge cloud that is composed of hundreds of computers linked together. This massive pool of computing power is divided virtually, meaning that users rent a chunk of power that is (from the software’s perspective) their own server. While this does not provide an actual separate server, fms have a dedicated quantity of computing power to run software; their own little slice of cloud. These massive computing clouds are far more efficient than the old-fashioned method of using a single server for a single application, which means users get more computing power for their money. It is also easier and faster to deploy new applications.

There are a few aspects of cloud computing fms should be familiar with before committing to this architecture. For example, SaaS models mean that users never really own anything, and sometimes that can mean the data. Fms should be sure the SaaS vendor has allowances in the contract to download and keep their data in a useable format if the service is discontinued.

Another aspect is that while there is no initial large outlay of cash for software and hardware, over the long term, fms will usually end up paying somewhat more for SaaS license fees than software fms buy and house themselves. But the elimination of the tedious tasks of continually patching and upgrading operating systems and software and replacing servers every few years makes SaaS a very attractive option.

And finally, if fms decide to transfer their existing applications to off site data centers or virtualized environments, they will need access to IT skills to make that transition smoothly.

There are many variations of cloud computing, but they all hinge on one thing: the use of network infrastructure to eliminate geographical restrictions. Once fms extend their minds beyond familiar 20th century concepts, a new world of possibilities opens up that can help them manage incidents more effectively and recover more quickly. 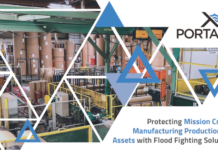 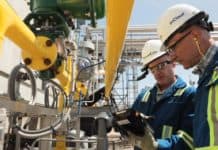