ASHRAE and the Illuminating Engineering Society (IES) are revising ANSI/ASHRAE/IESNA Standard 100-2006, Energy Conservation in Existing Buildings, to provide greater guidance and a more comprehensive approach to the retrofit of existing buildings for increased energy efficiency.

The standard was first published in 1981, and the need for its requirements has grown as more attention is paid to improving energy in our current building stock. The standard is open for an advisory public review until May 25, 2011.

ASHRAE’s advisory public review process is designed to seek suggestions for new, unusual, or potentially controversial elements of a proposed standard that the committee feels would benefit from increased public scrutiny. Unlike ASHRAE’s formal call for public comments process, comments received under advisory public reviews are supportive and do not need to be resolved.

Of the 94.6 quadrillion btu of energy consumed in the United States in 2009, 42% was used by commercial and residential buildings. Over the next 24 years, national electric consumption is expected to grow by over 22% and natural gas consumption by 16%. In the same period, the amount of commercial and residential floor space in the marketplace is expected to increase by 37% and 17% respectively.

“In order to offset the growing amount of floor space and subsequent increased energy demands, existing buildings must improve their efficiency, even if every new square foot were built and operated at net zero energy,” Rick Hermans, chair of the Standard 100 committee, said. “ASHRAE and IES are working to make Standard 100 the best source of practical, accurate and cost effective design guidance for existing buildings.”

“Achieving improvements in energy efficiency in existing buildings provides significant rewards in operating savings, conservation of resources, and improvements in the environment,” Rita Harrold, IES director of technology, said. “The standard addresses the necessary guidance for a variety of users to develop action plans for their specific needs. Making the standard available for an advisory public review is an important opportunity for contributory comments that will add value to the final document.”

The revised standard provides comprehensive and detailed descriptions of the processes and procedures for the energy efficiency improvements of existing residential and commercial buildings in order to achieve greater energy efficiency.

“Cities like New York, which are constrained in their development due to infrastructure limitations, can use this tool to renovate their existing building stock, freeing up energy for new developments,” ASHRAE Presidential Member Gordon Holness said. “Since the standard sets specific energy targets based on building type and climate zone, it can also be used by state and federal agencies and by utility companies as a means of validating building efficiency improvements as a result of tax rebate and incentive programs. Given that 75% to 80% of all buildings that will exist in the year 2030 exist today, this rewritten standard gives us a vital resource to fulfill our sustainability goals. President Obama recently announced a series of tax and regulatory changes with a collective goal for a 20% reduction in energy use in commercial buildings by the year 2020. That can only be achieved by addressing our existing building stock.”

Recognizing that the type of occupancy, operation, and the use of a building plays a key role in its performance, the standard establishes the requirement for developing an energy management plan and an operation and maintenance plan, according to Hermans. Included within the revised standards is criteria for energy use surveys, auditing, implementation, and verification. Appendices are included for life cycle cost analysis procedures as well as identification of potential energy efficiency measures.

“Through this advisory public review, we are seeking broad and general comments on the text of the standard, the concepts of requirements, and opinions about the value of the standard,” Hermans said. 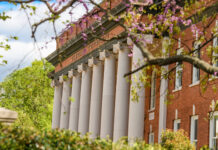 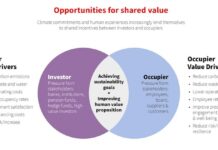