The bacterium Legionella can lead to a very serious form of pneumonia, referred to as Legionnaires’ disease, or Pontiac fever, which is a less severe form of the disease. There are many thousands of cases every year in the U.S. Essentially all cases of legionellosis are the result of exposure to Legionella associated with building water systems.

“We know how to analyze and control this hazard,” Bill McCoy, chair of the Standard 188P committee, said. “We need a standardized practice to specify for facility managers/owners exactly what to do in their facilities to control the hazard in a systematic and scientifically defensible way.”

The proposed standard underwent an earlier public review in November 2010 and is currently open for a second public review until July 25. Since the standard’s first public review, Section 8.1 on potable water has been rewritten. Originally, the section included several system design specifications; however, those design oriented specifications were eliminated because Standard 188P is intended to be a practices standard, rather than a design standard. The newly revised Section 8 clarifies this aspect.

Compliance with the standard requires facility managers/owners to formally take responsibility for controlling Legionella in their building water systems, while at the same time acts as a defense against accusations of negligence in those cases which are caused by the hazard from unknown sources.

Standard 188P also covers the potable water system in buildings, which are not treated as often as cooling towers, and will hold facility managers/owners accountable for properly managing the entire building water system both potable and utility water.

The standard differs from ASHRAE Guideline 12, Minimizing the Risk of Legionellosis Associated with Building Water Systems, in that while the guideline gives recommendations about how to treat various building water systems, the standard specifies the practice of exactly what must be done with all those recommendations. “The standard and the guideline are, therefore, complementary,” McCoy said. 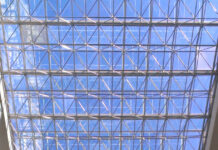 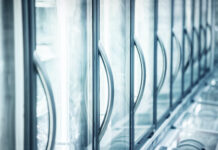