“Abbott is able to take the world of graphic design and translate it into wall coverings that are bold, modern and timeless,” says KnollTextiles creative director Dorothy Cosonas.

Ink does this, using liquid movement as a point of departure for a series of highly graphic patterns. The idea behind the design came from experimentation; Miller was experimenting with the ways ink moves across paper, and the concept was born. Starting with a single drop of ink, he created hundreds of studies that yielded drops, branch-like forms, and loosely formed letters.

This was the genesis of the three patterns, named Drip, Drop, and Run. The Ink collection was created by digitally composing the experimentations into patterns. The patterns are at once organic and controlled, handmade, and digital. Produced in an variety of colors, Ink is printed on RECORE, a vinyl wall covering made with 30% recycled content that is Greenguard® certified for low chemical emissions.

Drop
With Drop, Miller began with a droplet of ink that was then digitally reproduced to create a type of stripe. The pattern has energy, depth and dimension on the wall. Colors are named for fruit and spice: orange, apple, rye, raisin, blueberry, and pepper.

Run
Run started as a few ink drops that Miller steered across the page; again the design was scanned and the resulting pattern—which reads as a modern toile —was created. Colors are named for elements: coral, leaf, branch, vapor, water, and smoke.

All three patterns are 52 inches wide and made with 70% vinyl and 30% recycled polyester (backing). 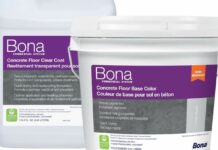 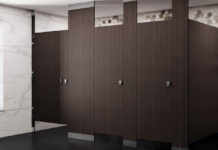 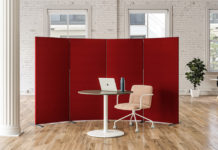