Terbium. Erbium. Yttrium. They’re hardly household names, but they and 14 other rare-earth elements (REEs) are essential to the operation of a variety of products (flat-panel displays and color TVs), as well as medical devices, the batteries used in hybrid and electric vehicles, catalytic converters, and processes like petroleum refining. They also comprise about 85% of the phosphors used in fluorescent lamps, and a growing supply/demand imbalance is resulting in REE price hikes that already are being reflected in lamp manufacturers’ pricing.

According to National Lighting Bureau Executive Director John P. Bachner, the United States was a principal source of REEs from the mid 1960s to the early 1990s. Today, however, China is almost the sole source of supply, and it has been limiting exports (since 2006) and throttling back production since 2010.

“The impact on cost is stunning,” Bachner said. “The price of some rare earth oxides has increased 4,500% in the past 10 years, and in many cases, most of the rise has occurred in the past three years alone.”

China became the world’s near-exclusive source of REEs almost by default, Bachner commented. “REEs have historically been comparatively cheap and difficult to mine. China can mine far less expensively than many other nations, because of its comparatively lax environmental standards. And now that it controls the market, low priced REEs are becoming a thing of the past.”

The new, high prices for REEs should justify the relatively high cost of REE mining, resulting in a growing supply, Bachner said. “Whether or not that supply will catch up with growing demand by 2015 or even 2020 remains to be seen. In the meantime, higher prices for fluorescent lighting and a wide array of other REE-dependent products is a certainty.” 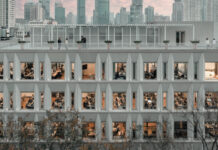 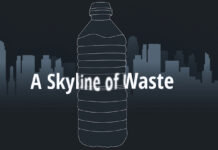