In most areas of the country, the leaves have fallen from the trees, the temperatures have dropped, and people have come to the realization that winter is not too far away. While many people love the winter months, memories of the treacherous weather that affected cities and towns from coast to coast last year can make even the most passionate winter fan a little uneasy.

Cities on the East Coast that typically enjoy moderate winters were inundated with blizzards, ice storms, and snow last year. And those who live in areas with bitter winters and have grown accustomed to asking the question, “How many feet of snow did we get?” were still astounded at the amount of damage the severe winter caused. Much like last year, meteorologists’ predictions include another harsh time for much of the United States, with colder than average temperatures in many regions and above average snowfalls.

Facility managers (fms) who didn’t sustain any roof damage last winter should consider themselves extremely lucky. The Los Angeles Times reported in February 2011 that the brutal winter conditions brought forth an unforeseen benchmark—a record number of roof collapses across the country, including schools, historic buildings, gas stations, malls, and, perhaps most notably, the Metrodome in Minneapolis, MN. By taking a few key steps beforehand, fms won’t have to rely on luck but on the performance of their roofing systems to get them through to spring.

A roof inspection is one of the most important activities an fm can undertake to prepare a facility for the winter ahead. Whether fms call a professional contractor or venture up to the roof themselves, performing periodic checks on a structure’s roofing system is important. Fms may rely on the theory that if there is nothing leaking on the inside of the building, there is nothing wrong with the outside. This is a dangerous idea to follow.

How many layers are there between the ceiling and the outdoors—ceiling tiles, HVAC, insulation, framing, decking, roofing insulation, roofing membrane, and possibly a garden roof or photovoltaic system? By the time water passes through all the layers and becomes a leak that can actually be seen and/or felt indoors, the damage can be extremely extensive.

The growth of rooftop photovoltaics (PV) has exploded over the past few years, helped by incentive programs and technological improvements. This is a result of the need for alternative energy sources due to rising costs, tight supplies, and environmental concerns.

Facility managers (fms) also have an increased awareness of roofs as an “active asset.” Rooftops can be an excellent place to install PV, because they are usually unused and unobstructed spaces.

PV and roofing systems that have been effectively integrated will work in harmony to provide clean energy and cost savings and can protect the building and its contents for many years. However, locating PVs on a rooftop is not without risks—one of which is the potential to compromise the integrity of a critical component of the building envelope: the waterproof barrier that is the roofing system.

Mounting PV systems on a rooftop requires careful thought about more than just the efficiency and effectiveness of the system for electricity generation. It also requires consideration of the underlying roof system and maintenance of its integrity. Electricity generation mixed with roof leaks is not a good combination.

Before Getting Started
There are a number of issues to consider when marrying the PV system to the roof system. One of the obvious considerations is preventing and/or repairing leaks. This roofing issue is significantly magnified when a PV system is placed on top of the roof. Depending on the PV mounting method, limited access to the roof system can make tracking and/or repairing leaks or performing general roof maintenance difficult.

While an adhered PV system will involve fewer penetrations that require flashing, it also restricts access to much of the roof. A rack mounted system can allow access to the roof, but very secure flashing methods must be used to avoid compromising roof integrity. Ballasted rack mounted systems can allow roof access and have a limited number of penetrations that must be flashed, but wind loads, seismic loads, and weight may be issues.

The amount and location of foot traffic should be examined when selecting a roof mounted PV system. Often, rooftops also have HVAC equipment, water towers, antennas, satellite dishes, and other such equipment on them. These appliances may not only affect the layout of the PV system, but they often create more foot traffic for installation, repair, and maintenance.

Walkways should be planned to allow access, help control the location of traffic, and provide protection for the roof surface. In some areas, local codes stipulate specific requirements for roof access for fire fighters in the event of an emergency.

Membranes Matter
Heat is an important consideration when selecting a mounting method as well as in selecting the roof system. While PV systems offer the opportunity to generate electricity from a renewable source, a surface mounted PV system may negate any energy saving benefits of a highly reflective cool roofing system on the affected surface areas. Some types of membranes have been shown to experience premature aging due to elevated temperatures from heat emitting equipment or reflective sources such as wall flashings or curtain walls. This could influence the decision on which type of membrane is most suitable for a PV application [Advisory on TPO; Midwest Roofing Contractors Association™, February 10, 2010].

Structure weight allowances, snow loads, and seismic loads can also play into the design and installation considerations of a PV system. Existing structures may need additional reinforcement. For new structures, if a PV installation is planned, or if there is a possibility one will be added later, the design of the structure should be modified to satisfy the additional requirements. And while snow loads and seismic loads are more specific to geographic location, it is important that local codes be consulted and that load calculations include the addition of the PV system.

Fire ratings may be impacted by the installation of a PV system. During the design for new construction, guidance should be obtained from local code authorities, especially those directly involved in writing and enforcing fire codes.

Although routine roof maintenance for all low slope commercial roof systems is optimal with seasonal inspections, bi-annual roofing inspections can uncover problems at an early stage, and developing a plan that involves a combination of visual check ups and a professional inspection is ideal.

If fms are only able to conduct a roof inspection once a year, it is best to do so in the fall before inclement weather descends upon the area. It is much less expensive to examine a debris free roof than it is to pay for snow or ice removal in order to conduct an inspection and uncover issues in frigid temperatures.

If the building’s roof has a steep slope, it is best to hire a roofing professional to conduct the inspection. Without the skill and correct equipment, it can become a very dangerous task and a huge liability for fms to undertake the inspection on their own. Even on a flat roof, fms need make sure they are familiar with safety and OSHA requirements before climbing on the roof.

Addressing small scale problems as early as possible can save fms the headaches and expenses of extensive repairs or a complete roof replacement. Fms should look for several basic items when conducting a roof inspection in order to locate signs of wear and the potential for problems:

A great way for fms who are roofing novices to learn is to hire a trusted roofing professional the first time and follow along during the inspection. By doing this, fms can take notes, see key items to check, and ask questions about how things should or shouldn’t look.

Fms may assume concrete decking under the roofing system can provide unfailing strength. Yet, no matter what type of decking the building has, it still has a weight bearing limit. A roof is constructed to carry a “live load” and have a “dead load” threshold. “Dead load” includes the weight of equipment and HVAC that stay on the roof at all times. For example, snowfall is considered “live load,” because it is not permanently situated on the roof.

A building has a maximum volume that it can carry with both loads considered. During heavy snowfall, ice storms, or repeated severe weather events, a structure’s “live load” capacity can be exceeded, causing major damage, roof failure, and worst case, a roof collapse.

To help ensure the roof will last throughout the winter, fms should not assume that melting snow build up will relieve all the pressure on a roof system. Packed snow can remain on the roof for a long time, even if pockets of it begin to dissipate.

If melted snow is draining and the temperature drops significantly, ice blocks can form around drains and cause water backup on the roof along with the weight of the remaining snow. This can become a dangerous cycle, especially if additional precipitation accumulates during that period to add to the “live load” roof burden. It is definitely smart to check the roof after major snow and ice storms, and if there are drastic drops in temperature, after warm periods.

Get The Snow Off

As the roofing industry advances, manufacturers and contractors are offering more warranties and services than ever before. It is becoming increasingly common for roofing professionals to offer weight load checks, snow removal, and ice removal services on a per incident basis.

Some contractors even offer seasonal services. This can entail a crew that can immediately come to a building to remove the burden if snow reaches a certain depth on a roof.

This is a cost effective, preventive measure that can be put in place to protect a building. Paying the cost of snow removal certainly beats replacing a collapsed roof. 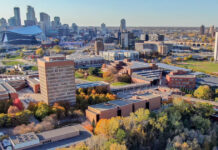 Get Roofs Ready For Winter 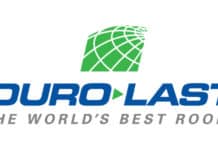 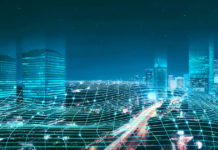