The area that glows on NITEGLOW nosings is created by a pigment embedded in a hard epoxy mixture, rather than an adhesive tape. Recharged by any light source, natural or artificial, indefinitely, the nosings have a brightness rating that meets NYC and IBC standards. (Glow in the dark treads are not designed to provide enough light to illuminate a dark egress path, but rather to provide luminescent outlines of the egress stairs.) 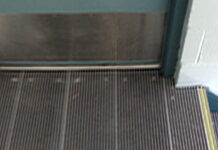 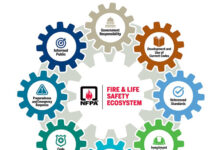 Facility Safety Is A 360° Task 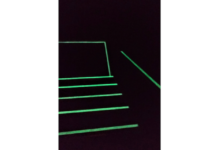