Over the years, the financial services sector has projected a reputation for hostile takeovers, volatile upheaval, and unpredictable bounces. And yet, one provider of global insurance, reinsurance, and financial risk solutions has quickly–yet skillfully–experienced solid growth despite turbulent economic circumstances.

For XL America (the holding company for all of the U.S. operations of Bermuda-based XL Capital Ltd), this expansion was both a blessing and a curse. On one hand, business was booming; on the other, “there was a real need for additional space, because there was an increase in employees,” recalls Frederick Hauck, VP, director of facilities for XL America.

With offices scattered around Connecticut, XL America needed a more efficient plan. The real estate team decided to consolidate several operating units into a new Stamford, CT location. Alton Davis, designer and architect on the project says, “they got a better deal with this building [in Stamford], and it also had a better location and view–there are nice water views here.”

Furthermore, by bringing several related business units together in the Stamford facility, “we achieved greater operational efficiency by co-locating some of the business segments. We interviewed different groups from each of the insurance segments and tried to determine their actual needs in terms of workspace and interactions with others,” observes Hauck.

The decision was made: use Stamford as a new base of operations and start fresh there. The company opted to keep a short-term lease at another building, which would be used as a swing space during the renovation.

The new space would have to optimize office density in order to gain greater efficiency for the amount of square footage per employee. For example, former work station standards were set at approximately 350 rentable square feet per person; in the new space, that number would decrease to 225 rentable square feet per person. Meanwhile, workers would be expected to maintain performance levels and feel comfortable in the new, smaller space.

Davis explains, “Before the renovation, there were several grade levels for offices and work stations, so some of the employees were used to working in open offices, but others were not. In the new scenario, we ended up with just two standardized office sizes: one large for EVPs and SVPs, and one for VPs.”

Getting The Right Angle

The concept seemed perfect in theory, but unfortunately, the floorplan was not so easy to manage. Instead of being a square or a rectangle, the building was actually an oddly shaped trapezoid.

As a result, Davis had to make his efficient grid fit into some extremely awkward angles. “This made it difficult to lay out the work stations, because we couldn’t run them all on 90û angles; some are on right angles, but others are on 30û or 60û. We had to do some creative things in order to make it layout properly.”

Davis explains that “creep” was a real concern, due to the irregularity of the space. “Even a creep of 3″ can make a corridor too small according to code.”

Peter Chin (SVP and head of real estate for XL Capital), Davis, Hauck, and other members of the real estate facilities team had to take this into consideration when deciding on the right product for the space. Because of its adjustable features, the Xsite® open plan furniture system from Jasper, IN-based Kimball Office was selected for the project.

Davis says, “You can actually change the dimensions of the Xsite work station in the field, because the structure expands and shrinks in very small increments. So if you get into the field and try to put two panels between a column–and you’re 3″ too long–you have the option to contract the structure, resize the tiles, put the top cap back on, and set them in place. To the naked eye, it would be nearly impossible to tell the work station was a different size. In terms of dimensional criteria and fitting it in the field, it is fantastic.”

In addition to experiencing significant growth, XL America had recently adopted a “company with no borders” philosophy, complete with new logo, mission statement, and facility standards program. The organization wanted an updated corporate image that visually communicated this holistic direction.

Davis says, “the onus was on me to create a new look for this unit of the company; a new image through the architecture was needed.”

To achieve this goal, Davis met with the key principals of the division. Through these meetings, Davis was able to determine how he wanted to create the new look.

Historically, insurance firms have a reputation for being relatively conservative, but XL America allowed Davis to incorporate subtle elements to keep the space from being bland. “I came up with some design schemes, and I seemed to have hit the nail on the head; it was a kind of ‘shot in the dark’ thing,” recalls Davis. “It was what I wanted to do, and they went right on board with it!”

However, he adds, “it’s not like dot.com companies where you get crazy with colors. It’s a more modern conservative, so there aren’t any old, staid, Victorian desks surrounded by oak paneling. It’s more fun than that.”

The clean, tailored look of the new space expresses the company’s forward thinking philosophy. It also demonstrates a vision grounded in traditional values and financial stability.

The design incorporated a very neutral base color scheme with a heavy concentration of earth tones. There are attractive wall coverings coupled with three or four different colors of paint all from the same family, but still neutral. It picked up color that was not only in the fabric, but also highlighted through the artwork program.

“For instance, in front of the visitor’s desk on the third floor,” explains Davis, “there are four open desks that look at each other. These desks are mirrored by four squares of artwork on the wall behind them,” explains Davis.

One of the most playful elements of the space is a gigantic salt water aquarium, located in a place of prominence right in the lobby. Set in recessed millwork, the aquarium was a near tragedy of the project for Davis–and yet it was a highlight for employees making the move to the new location.

“Unbeknownst to me, XL America made the decision to give everyone who was making the move a little memento–a minature aquarium with a parrot fish inside. We had a nightmare, because the original aquarium broke on the way. Fortunately, the aquarium maker was able to find me a replacement in three days. It was slightly smaller, so we put in some millwork panels to fill the gaps. When the replacement arrived two weeks later, no one was ever the wiser for it. Had we not had an aquarium the day employees moved in, it would have been another story entirely. I had no idea about these little aquariums everyone was getting. Fortunately it worked out.”

Hauck says one of the most interesting aspects of the project was the Cyber Café. He explains, “It’s a place where employees can go and have a break, but they can also plug in their laptops. We also have a video monitor there for up-to-date news broadcasts. It’s kind of a work/break area, and it’s one of the nicest parts of the space.”

Overall, the new configuration is a significant improvement. Davis says, “Even though the space is tighter, it’s nicer than some of the areas that had the bigger work stations. It’s just a much better use of space.”

In approximately 12 weeks, Davis was able to transform XL America’s existing, awkward space into an efficient, attractive benchmark. Based on the standards developed for Stamford, XL America is hoping to establish a global program for its facilities. The goal is to apply the efficiencies realized in Stamford in a way they can be generated in other XL facilities elsewhere in the country.

Because of Hauck’s careful planning, security measures at the facility did not have to be modified as a result of the recent threat escalation directed at financial facilities. “We had a fairly extensive program from the get go, because we were very cognizant of the risks when we did the planning,” says Hauck. “I was the person who handled much of the security and IT planning, but we got additional advice from our security vendor.”

Davis pulled together his budget three months before he even had a design and ended up right on the number. “We had a budget and a schedule, and we stuck to it. I was very proud of that.” Furthermore, Davis is “tickled pink” with the finished product, which he appreciates for its timeless design.

Best of all, employees are thrilled with the space. “They love it,” says Hauck. “It’s an upscale, professional setting. Because of the configuration of the space and the type of furniture, no one complains about the smaller footprint or new neighbors. The look of the space is an extremely well received amenity.”

Clearly, XL America’s growth will continue to be an exciting evolution. And as the new furniture standards spread across the country, the real estate facilities team will have the opportunity to “share the wealth” of the extensive planning and lessons learned in Stamford.

This article was based on interviews with Davis and Hauk.

Do you have a comment? Share your thoughts by writing to tfm@groupc.com, or search for more Showcase articles here. 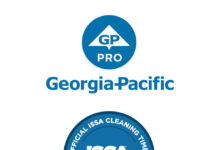 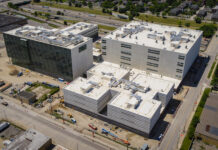 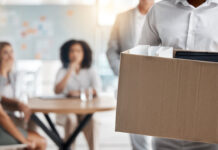