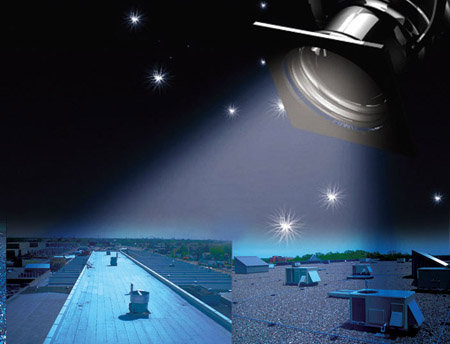 Published in the February 2012 issue of Today’s Facility Manager

Improving the energy performance of commercial buildings through high R-value and climatically appropriate reflective materials is no longer a secret shared solely by building scientists and a select group of architects and contractors. From President Obama’s Better Buildings Initiative to the new International Green Construction Code (IGCC), efforts are underway to reduce energy costs, create jobs, and secure the nation’s energy independence by reducing the energy consumption of buildings.

Fms know, and it perhaps goes without saying, that new construction projects in the U.S. are still progressing at a relatively slow pace. Therefore, improvements in energy performance for existing buildings will mostly come in the form of updates such as new windows, modernized lights, or roof retrofits. What follows is an overview of how the roof can either help these various initiatives reach their goals or serve as an integral impetus.

At the start of 2011, President Obama announced a multipronged effort to make commercial buildings 20% more energy efficient over the next decade. The Better Buildings Initiative outlines several goals, including offsetting the cost of electricity by roughly $40 billion per year for business and landlords and saving energy by reforming outdated incentives and challenging the private sector to act.

The steps to achieve these goals include:

To help move this plan forward, in December of last year, President Obama also announced nearly $4 billion in combined federal and private sector energy upgrades to buildings over the next two years. This includes a $2 billion commitment to energy upgrades of federal buildings using long-term energy savings to pay for upfront costs, at no cost to taxpayers. In addition, 60 CEOs, mayors, university presidents, and labor leaders committed to investing nearly $2 billion of private capital into energy efficiency projects. They also pledged to upgrade energy performance by a minimum of 20% by 2020 in 1.6 billion square feet of office, industrial, municipal, hospital, university, community college, and school building space.

Equally important, the President announced proposed revisions to existing IRS code requirements that could enable deductions for energy efficient roofs under the existing Energy Policy Act of 2005. For long-term energy savings, the commercial roofing market provides one of the most significant multiplier effects to accelerate energy efficiency efforts. For every roof installed on a new building, approximately three additional roofs are installed on existing buildings to replace older, less energy-efficient systems. Therefore a significant opportunity to increase building energy efficiency lies within the commercial roofing sector, where over 50 billion square feet of flat roofs are currently available for retrofit (and four billion of which are retrofit each year). If the insulation levels in these older commercial roofs were upgraded from their current R-values to the IECC, ASHRAE, or LEED minimum required values, annual energy savings would exceed $2 billion. [Source: Center for Environmental Innovation in Roofing: Why is Energy Efficiency Important?]

In addition to creating thousands of jobs, the bill is expected to add $1 billion of taxable annual revenue in the construction sector and annually reduce carbon emissions by 800,000 metric tons. The bill will also provide economic incentives to speed up the adoption of energy efficient roofs by removing obstacles in the tax code that hinder roof upgrades.

Specifically, the act reduces the depreciation schedule for commercial roof retrofits, lowering the current 39 year depreciation in the tax code to a 20 year depreciation schedule for energy efficient cool roof systems. The average lifespan of a typical roof is only 17 years, thus the legislation corrects an inequity in the tax code by aligning the depreciations period to the lifespan of a commercial roof. To qualify, roofs must include systems with insulation that meets or exceeds ASHRAE 189.1-2009 standards and primary cool roof surfaces in climate zones one through five.

In August of 2011, the International Codes Council released the 2012 International Energy Conservation Code (IECC) that will achieve a 30% increase in energy savings in buildings (as compared to the 2006 code). This represents the largest efficiency increase in the history of the model energy code.

The minimum thermal requirements will be the same as originally envisioned in the IECC 2012 code. However, the benefit here is that the language has been clarified to avoid potential confusion as to whether or not replacement roofs require compliance. Specifically, roof R-values will be calculated by reducing the current IECC roof U-values by 10%, which will yield a minimum above deck roof R-value ranging from R-22.2 in U.S. Climate Zone 1 to R-33.3 in U.S. Climate Zone 6. This provides a single mathematical approach to establishing R-value, and it allows organizations like PIMA to publish
R-value guides to assist building designers in complying with the new code.

Of specific interest to fms should be the changes for existing buildings. Language has been added to the Existing Buildings chapter of the code to require low slope roof replacements involving above deck insulation to meet the minimum thermal requirements of the current IECC. Although the R-values will be slightly lower than new construction minimums, they will provide a reasonable and uniform thermal standard for the most common form of commercial re-roofing. And for situations involving low roof clearances that make it difficult to add more roof insulation, the new language includes an exception for roofs with limited flashing heights or other restrictions.

The ICC will publish the first edition of the IGCC in the spring of 2012, and it is expected that many state and local governments will quickly adopt the IGCC as the primary benchmark for “green” construction standards and practices.

Clearly, long overdue appreciation of the roof’s potential contribution to the nation’s energy efficiency efforts is now being shown by everyone, through both actions and words.

Blum is president of the Polyisocyanurate Insulation Manufacturers Association, the Washington, DC-based North American trade association representing manufacturers of polyiso foam insulation. The Association is committed to working independently and with public and private organizations to educate Americans about the critical importance of national energy conservation. 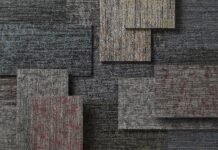