By Allan B. Fraser, CBI, CPCA
Published in the March 2012 issue of Today’s Facility Manager

Disability is not about two groups of people: those with and those without. It’s about each and every one of us at some point in our lives when we don’t fit the “norm.” By thinking about when we become disabled—rather than if we become disabled—we truly will be able to make great progress for all people.

A disability can involve any range of circumstances: a fourth grader who broke her leg falling off the playground slide; the construction worker who’s nearly deaf from running a jackhammer; the person born with no arms; the 30 year old asthma sufferer; and the 60 year old office worker recuperating from bypass surgery.

The facility manager (fm) who has built, renovated, and maintained any building that is compliant with the Americans with Disabilities Act (ADA) allows a long-term, highly qualified, and valued employee to return to work after a car accident makes him wheelchair dependent. Think of the money saved from avoiding the expense of recruiting and training someone to take that employee’s place…or the money saved on a disability retirement…or the relatively small loss of productive time while continuing with the same level of quality.

Key Codes For Dealing With Fire

Since 1896, the National Fire Protection Association (NFPA) has promoted fire and life safety for everyone, regardless of his or her condition, through the organization’s development of codes and standards. The mission of the international nonprofit NFPA is to reduce the worldwide burden of fire and other hazards on the quality of life by providing and advocating consensus codes and standards, research, training, and education.

As an advocate of fire prevention and an authoritative source on public safety, NFPA has more than 70,000 members from 80 different countries. NFPA develops and publishes approximately 300 consensus codes and standards intended to minimize the possibility and effects of fire and other hazards. Many of the key provisions in these codes, standards, and public education programs offer specific information for persons with disabilities.

In 2004, NFPA established the “Disability Access Review and Advisory Committee” (also known as DARAC) as a standing advisory group that reports directly to the NFPA president. In the intervening eight years DARAC has played a key role in helping to ensure that NFPA codes, standards, and other safety initiatives recognize and fully consider the needs of people with disabilities. This work has assisted many of NFPA’s constituent groups, including fms, not only to comply with the law, but also to tap into the valuable human resources of this very large segment of the population.

NFPA 5000 – Building Construction and Safety Code (2010 Edition) is a resource that has consolidated all the accessibility requirements specifically for ease of use by fms, registered design professionals, code enforcers, and other users. The responsible technical committee essentially extracted all the text from the applicable Federal documents and editorially reworked it to make it easier for fms, designers, contractors, and building owners to use, thus resulting in a more accessible built environment.

DARAC has also been involved in reviewing some of the special equipment (such as stair descent devices) intended for use during emergencies by people with mobility impairments. Seeing there were no product standards for those devices to assure usability, safety, and quality, DARAC made a request to the Rehabilitation Engineering Society of North America (RESNA) to develop such a standard.

A RESNA technical committee started work on the new standard in 2010, and it will be complete within the next year. Once the new standard is made available to the public, it can be referenced by the various codes when the devices are mandated for use in facilities.

Why has NFPA been so proactive in incorporating accessibility requirements? It’s important for so many reasons. People with disabilities are a valuable and measurable segment of the population that is dramatically underserved and in some ways almost invisible.

Fms can facilitate that goal, but only if people with disabilities can enjoy the same level of access, service, and freedoms that others do. Maybe even more importantly, fms need to evaluate the safety options and plans they have in place for employees, building occupants, and visitors with disabilities should a fire or similar emergency occur. Fms needs to assure that their emergency plans have accounted for the evacuation of all of the employees, visitors, vendors, and customers in the building.

With skilled and loyal employees at a premium, fms cannot afford to ignore or stereotype people with disabilities.

Why The ADA Updates Now?

The passage of the ADA in 1990 was a turning point outlawing discrimination against people with disabilities. Companies that quickly moved into compliance learned that the benefits of hiring workers with disabilities far outweighed the costs.

For instance, many of the participants in Pizza Hut, Inc.’s Jobs Plus™ Program are people with mental disabilities. The turnover rate with this program is only 20%, compared to a 150% turnover rate among employees without disabilities.

After Carolina Fine Snacks in Greensboro, NC, started hiring people with disabilities in 1988, absenteeism dropped from 20% to less than 5%; and tardiness dropped from 30% of staff to zero. [Source: “America’s Largest Untapped Market: Who They Are, The Potential They Represent,” by P. Digh, in Fortune magazine, March 1998.]

The new 2010 Department of Justice (DOJ) ADA Standards became effective March 15, 2012. NFPA 5000® – Building and Life Safety Code® and NFPA 101® – Life Safety Code® both contain information as to how the DOJ standards can be applied. In addition, NFPA’s “Emergency Evacuation Planning Guide for People with Disabilities” extends well beyond the required building standards to address the ADA civil rights minimums that require all programs, including emergency plans, to include people with disabilities. If fms have an emergency plan (and they should), it must include specifics about people with disabilities. The concept of just waiting for first responders to help them doesn’t comply.

Fms can reap enormous benefits by assuring their facility complies with the ADA regulations for accessibility. In addition to removing liability and exposure to legal actions, fms whose facilities comply provide their organizations with access to a huge, reliable, and dedicated pool of potential employees for positions across the board and assures that everyone, not just those with disabilities currently, can use the facility and safely evacuate if that ever becomes necessary.

Fms can develop their plans for emergencies using NFPA resources, many of which are available for free download from the NFPA website. These resources include, but are not limited to, the “Emergency Evacuation Planning Guide for People with Disabilities.” All of these tools should help fms complete their safety checklists. Should there ever be an emergency, it will help assure that everyone will be able to evacuate safely.

An expert in code administration, Fraser is NFPA’s senior building code specialist in the Building and Life Safety Department. His projects include staffing seven technical committees; he is also the author of NFPA’s Emergency Evacuation Planning Guide for People with Disabilities, and he represents NFPA on ANSI/ICC A117.1, Standard for Accessible and Usable Buildings and Facilities, ASHRAE’s Standards Committee, SSPC 90.1, SSPC 90.2, and their Code Interaction Subcommittee as well as the RESNA Standards Committee on Stair Descent Devices. Fraser was the Building Commissioner in five different municipalities over a 27 year career and was hired to rebuild each of those departments incorporating “state-of-the-art” software, communications, and imaging systems. 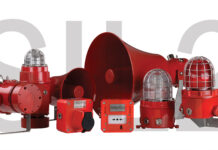 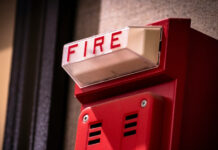