By Michael Wildes, Esq.
Published in the March 2012 issue of Today’s Facility Manager

It was reported that this past fall, Immigration and Customs Enforcement (ICE), Homeland Security’s enforcement arm, continued its stepped up immigration enforcement efforts by serving an additional 500+ employers with Notices of Inspection (NOIs). This upgraded action is part of its attempt to deter unlawful employment and ensure compliance with the nation’s immigration related employment laws. This step is further proof of the Obama administration’s commitment to reduce the demand for illegal employment and to protect employment opportunities for the nation’s lawful workforce. Under this strategy, ICE is focusing its resources on auditing and investigating employers suspected of cultivating illegal workplaces by knowingly employing undocumented workers. Employers who exploit or abuse their employees and who have a history of knowingly and repeatedly employing an illegal workforce should beware that the possibility of criminal investigations and prosecution is very real.

John Morton, director of ICE, proudly shared evidence of the government’s success in his October 12, 2011 press release. The statistics he provided were as follows:

When an NOI is issued, an employer has three business days to present its Forms I-9 for both active and terminated employees who fall within I-9 document retention requirements. An I-9 is a one page document that must be completed by the employer for all newly hired employees, regardless of their citizenship status, since November 6, 1986 when the law was enacted under the Immigration and Nationality Act (INA). The form serves as evidence of the employee’s identity and employment eligibility.

In addition to the I-9, an employer may also be required to present detailed payroll and employment tax records to cover the requisite retention period for every employee who needs an I-9. Once the government takes possession of these records, a group of individuals (referred to as “forensic auditors”) reviews the forms and issues its findings. These findings may include substantial monetary penalties for any paperwork or substantive violations discovered as well as criminal sanctions if the employer is found to have knowingly hired and employed undocumented workers. In the absence of comprehensive immigration reform, this worksite enforcement is part of the federal government’s main tactic to hold employers accountable for their hiring practices.

Why Should YOU Be Concerned?

In February 2009, after getting tips about undocumented workers receiving substandard pay at a construction project in the Miami-Dade area, ICE initiated an investigation against the president of Daniel Builders, Inc., his wife, and their son. Shortly thereafter, 20 individuals were arrested on site and all but one were removed from the U.S. Ultimately, the three defendants pled guilty to conspiracy to commit mail fraud and conspiracy to induce aliens to remain in the U.S. for commercial advantage and private financial gain; they were sentenced to 21 months in prison followed by three years of supervised release (two years of supervised release including eight months of home confinement) and five years probation, respectively. In addition, the defendants were required to pay restitution in the amount of nearly $76,000 and a civil fine to ICE (after ICE conducted a Form I-9 inspection) of more then $121,000 for violations of the INA for their failure to complete I-9 forms and verify the employment eligibility of their workers.

Last October, the president of a Sierra Vista, AZ drywall and stucco company pled guilty to federal criminal charges stemming from an ICE investigation which began in 2007. ICE determined that at least 27 employees were unauthorized to work in the U.S. and that the company failed to maintain and present Form I-9s for these individuals upon request. As part of his plea agreement, the company president agreed to pay $225,000 in back wages, pay $225,000 to ICE for an additional administrative forfeiture, and plead guilty to the unlawful employment of aliens. At press time, sentencing had not yet taken place.

Even more astounding, however, is the fact that in early November 2011, ICE announced that the owners of a Michigan dairy farm were sentenced to three years probation and ordered to pay nearly $3 million in penalties for hiring and harboring unauthorized workers. Monetary penalties were assessed as follows: $3,000 per unauthorized worker ($3,000 x 78) or $234,000; $500,000 fine for the company; and payments of $2,000,000 in lieu of forfeiture. During a seven year period, Aquila Farms employed 78 different illegal aliens, which constituted almost 75% of its workforce, and failed to complete Form I-9s fully and accurately. Some of these individuals were even hired multiple times using different names and/or Social Security numbers. In exchange for their services, many of these individuals were given free housing and allowed to work, despite lack of proper authorization.

So What Can YOU Do?

No company is insulated from the grip of ICE’s I-9 audits. Fms should be prepared to take responsibility for their organization’s hiring practices.

Wildes is managing partner with the law firm of Wildes & Weinberg, P.C., which specializes in employment and investment based immigration, business and treaty visas, labor certification/job offer sponsorship for permanent residence, naturalization/U.S. citizenship, Form I-9 compliance, family based immigration, student and religious worker visas, and all other temporary and permanent visas. 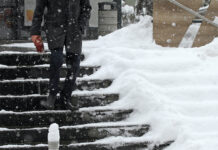 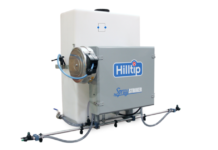 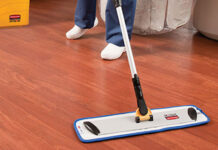 Five Ways To Protect Your Facility’s Floors This Winter