Rapidly rising and torrential waters poured into the lands surrounding the swollen Cumberland River on May 3, 2010, killing more than 30 people, devastating property with $1 billion of damage, and hitting Nashville with one of the most disastrous flash floods in its history. The destructive surge ravaged several of Nashville’s signature buildings and properties, including the Opryland Complex – home to the historic country music landmark, the Grand Ole Opry House, the Opryland Resort & Conference Center, and the 1.2 million square foot Opry Mills Mall. The 200-store Opry Mills Mall, owned and operated by Simon Properties, was flooded throughout all of its facilities, with some areas receiving up to 10 feet of water. Virtually no area of the complex was left untouched.


In the aftermath of the devastation, Brian Cotter, Simon Properties’ vice president of electrical & mechanical engineering, took immediate action to begin repairing and reconstructing the mall. Before any interior repairs could begin to be made, however, the first vital step was to restore power in the facilities as quickly and safely as possible.

Upon initial inspection of the complex’s electrical equipment, and discovering the majority of the equipment was Square D® from Schneider Electric, Cotter began the process of obtaining replacement equipment in order to restore electricity safely.

“Prior to this project, we were unaware that Schneider Electric was any more than a circuit breaker manufacturer,” said Cotter.

Though Square D Services engineers and technicians were well versed in electrical system repair and evaluation, the team faced countless challenges inherent in a project of such scale. The sheer size of the site posed problems in materials handling, logistics, and personnel communications; and the disastrous nature of the site and the region after the flood brought numerous safety issues.

The Opry Mills Mall restoration project had two main objectives: to restore the permanent power necessary to perform operations throughout the remaining months it would take to clean and repair the mall’s interior, and to restore the electrical condition back to the same state it was in prior to the flood.

“Though some aspects were salvageable and not all systems and electrical rooms had to be completely gutted and replaced, we did lose a significant amount of vital equipment,” said Cotter. “We lost all of our transformers in the flooding, and 70% to 80% of tenant spaces had transformers on the ground that needed to be removed from the property.”

After securing a section of the muddy parking lot, the Square D Services team set up a command center to act not only as a central location for its team of up to 30 technicians and 30 to 35 outside contractors working on-site, but also served as a coordination and logistical point to receive inbound equipment shipments from Schneider Electric manufacturing plants—which worked laboriously to manufacture and expedite the replacement equipment and parts the Opry Mills Mall needed.

“Because there was a heavy load of labor-intensive activities in the 10 switchgear rooms that needed inspection and repair, we partnered with a local Nashville contractor to supply the manpower required,” said Mike Wallace, the Southeast regional sales manager for Square D Services. “We then created a chain of command, assigning a lead engineer to each room, and assisting him or her as needed with technicians to get the electrical infrastructure back up, energized and running.”

At the onset of work, it was critical to move power from the emergency generators inside the mall complex to the emergency exhaust fans. However, several of the transfer switches necessary for this operation were damaged, presenting a problem the team had to work around on an ongoing basis. To tackle this, the Services team aimed to get several motor control centers (MCCs) throughout the facility working as quickly as possible in order to power the emergency exhaust fans, which were then run in reverse so they could begin pumping air throughout the facility to start drying it out. After this was accomplished, the team could then begin to start thoroughly inspecting equipment.

Because each of the electrical rooms in the mall had been flooded, the team had to inspect and test each piece of electrical equipment individually to determine a course of action: salvage, repair, or replace. Approximately half of the equipment in the facilities needed to be fully replaced, and the team ran into the tremendous challenge of coordinating and obtaining expedited shipments of parts to replace damaged sections, which were needed to restore functionality by the set deadlines.

“Because the floods affected a large region of the country—including the entire Nashville area—there was a magnitude of similar restoration projects happening simultaneously,” said Mike Wallace. “But the Schneider Electric manufacturing plants made our project a priority and put our orders at the top of the queue—enabling us to receive our necessary equipment in record time and restore permanent power as efficiently as possible.”

Another challenge the team faced was the effective management of the manpower required at the project—a feat which included the coordination of up to 70 technicians at any given point. Composed of both Square D Services employees and outside contractors, the project management team had numerous added personnel considerations to take into account.

“Though we did have a project manager on the site at all times, having 60 to 70 technicians working on anything is an enormous challenge in itself,” said Mike Wallace. “Not only did we have to manage and assemble the team as efficiently as possible, but we also had to take into account the dangers, challenges, and safety precautions that are inherent when working in a disaster zone.”

Upon the repair or replacement of all damaged equipment, the team then undertook the task of verifying the safety of all systems, which was achieved through comprehensive testing and validation. And after working around the clock for just over eight weeks, the electrical infrastructure and power supply to the Opry Mills Mall was back up and running. By the week of July 4th, 2010 the mall complex had complete, reliable, and safe power available to any location on-site.

And the long awaited reopening of the entire Opry Mills Mall is just around the corner. The mall is scheduled to welcome customers again on March 29th, 2012. 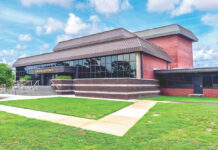 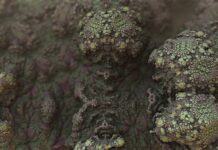