In the workplace, food can be the cause of much controversy. FacilityBlog has dedicated its Friday Funny space on numerous occasions to share tales of culinary indiscretion, ranging from creating workplace harmony in the kitchen to the other extreme—threatening messages regarding food theft.

As it turns out, food in the workplace is probably one of the biggest hidden sources of coworker resentment, and facility managers are often stuck when coming up with an agreeable solution. The recent article, “The Worst Coworkers and Workplace Annoyances (and How to Deal with Them)” by Thorin Klosowski of the website Lifehacker looks at a survey of the most popular (or in this case, unpopular) issues in the workplace.

What’s at the top of the list, you may wonder? According to the survey, it’s the dreaded “Lunch Thief.” One safe deterrent is the random refrigerator distribution of sandwich components. However, this method is not foolproof, since a determined thief could only take the tastiest bits while leaving behind the wilted lettuce, the dried out tomato, and the museum worthy mustard.

A better strategy, perhaps, is the anti-theft lunch bag, described as “zipper bags that have green splotches printed on both sides, making your freshly prepared lunch look spoiled. Don’t let a sticky-fingered coworker or schoolyard bully get away with lunch theft again!”

At the other end of the spectrum are the overly generous coworkers who brings in homemade delicacies that are, for lack of a better description, simply inedible. Either these poor folks have no idea that the treats are terrible, or they have the taste buds of someone who lives on a different planet.

When a coworker goes to the trouble of bringing in his or her “world famous stuffed artichokes” (a time consuming undertaking, regardless of how disgusting they taste) and stands over each person awaiting a reaction (which would be to do exactly what Tom Hanks did in the movie, “Big,” when he first tasted caviar), there really aren’t that many diplomatic options. Food allergies and strategically timed “unavailabilities” can get suspicious over time, and then the excuses start to wear thin.

So the next time someone suggests a pot luck dinner as a team building exercise, think again. While it may sound like a good idea in theory, it could very well be a “harbinger of botulism, chronic IBS, and sincerity forced at gunpoint,” one reader comments. 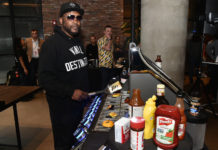 Friday Funny: Pump Up The Grill 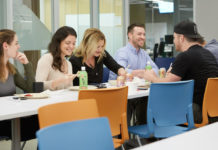 Question Of The Week: Can Office Food Improve Workplace Culture? 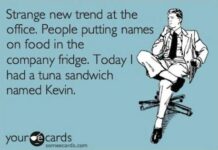