On August 8, 2012, the U.S. Nuclear Regulatory Commission (NRC) acted to put a hold on at least 19 final reactor licensing decisions—nine construction and operating licenses (COLS), eight license renewals, one operating license, and one early site permit—in response to the landmark Waste Confidence Rule decision of June 8th by the U.S. Court of Appeals for the D.C. Circuit. The NRC action was sought in a June 18, 2012 petition filed by 24 groups urging the NRC to respond to the court ruling by freezing final licensing decisions until it has completed a rulemaking action on the environmental impacts of highly radioactive nuclear waste in the form of spent, or ‘used’ reactor fuel storage and disposal.

In hailing the NRC action, the groups also noted that most of the U.S. reactor projects were already essentially sidetracked by the huge problems facing the nuclear industry, including an inability to control runaway costs and the availability of far less expensive energy alternatives.

Diane Curran, an attorney representing some of the groups in the Court of Appeals case, said: “This Commission decision halts all final licensing decisions—but not the licensing proceedings themselves—until NRC completes a thorough study of the environmental impacts of storing and disposing of spent nuclear fuel. That study should have been done years ago, but NRC just kept kicking the can down the road. When the Federal Appeals Court ordered NRC to stop and consider the impacts of generating spent nuclear fuel for which it has found no safe means of disposal, the agency could choose to appeal the decision by August 22nd or choose to do the serious work of analyzing the environmental impacts over the next few years. With today’s Commission decision, we are hopeful that the agency will undertake the serious work.”

Lou Zeller, executive director of Blue Ridge Environmental Defense League, another petitioner to the Court, said: “It appears that the Commissioners have, at least initially, grasped the magnitude of the Court’s ruling and we are optimistic that it will set up a fundamentally transparent, fair process under the National Environmental Policy Act to examine the serious environmental impacts of spent nuclear fuel storage and disposal prior to licensing or re-licensing nuclear reactors.”

Former NRC Commissioner Peter Bradford said: “It is important to recognize that the reactors awaiting construction licenses weren’t going to be built anytime soon even without the Court decision or today’s NRC action. Falling demand, cheaper alternatives, and runaway nuclear costs had doomed their near term prospects well before the recent Court decision. Important though the Court decision is in modifying the NRC’s historic push-the-power-plants-but-postpone-the-problems approach to generic safety and environmental issues, it cannot be blamed for ongoing descent into fiasco of the bubble once known as ‘the nuclear renaissance’.”

The 24 groups that sponsored the June 18 th petition will strategize in September regarding next steps.

On June 8th, the Court threw out the NRC rule that permitted licensing and re-licensing of nuclear reactors based on the supposition that (a) the NRC will find a way to dispose of spent reactor fuel to be generated by reactors at some time in the future when it becomes “necessary” and (b) in the mean time, spent fuel can be stored safely at reactor sites.

The Court noted that, after decades of failure to site a repository, including 20 years of working on the now abandoned Yucca Mountain repository, the NRC “has no long-term plan other than hoping for a geologic repository.” Therefore it is possible that spent fuel will be stored at reactor sites “on a permanent basis.” Under the circumstances, the NRC must examine the environmental consequences of failing to establish a repository when one is needed.

The Court also rejected NRC’s decision minimizing the risks of leaks or fires from spent fuel stored in reactor pools during future storage, because the NRC had not demonstrated that these future impacts would be insignificant. The Court found that past experience with pool leaks was not an adequate predictor of future experience. It also concluded that the NRC had not shown that catastrophic fires in spent fuel pools were so unlikely that their risks could be ignored. 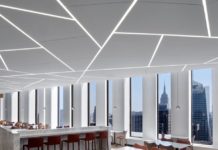