The success of the New Orleans District of the U.S. Army Corps of Engineers’ (USACE) post-Katrina Hurricane and Storm Damage Risk Reduction System (HSDRRS) project has been in the news frequently since Hurricane Isaac’s floods and storm surge tested the system for the first time. The project was undertaken with the design-build approach, the USACE’s largest-ever design-build civil works construction contract.

Design-build is an integrated approach that delivers design and construction services under one contract with a single point of responsibility. Owners select design-build to achieve better value while meeting schedule, cost and quality goals.

The intense schedule constraints imposed to protect the city from future hurricane damage was clearly on the mind of the Corps as they approached this $14.5 billion project aimed at replacing a patchwork of uncoordinated elements. Designed and built to work in a coordinated manner, the comprehensive HSDRRS system, of which the Inner Harbor Navigation Canal Surge Barrier Project is a key element, includes a network of levees, floodwalls, spillways, gates and pumps.

“The system is performing as intended, as we expected,” said Army Corps spokesman Rachel Rodi, during the storm. Louisiana Senator Mary Landrieu told CNN, “The system that the country invested in is absolutely paying off.”

Although the new protection system spared New Orleans from much of Isaac’s slow-moving wrath, other areas of the state remain under protected. Now, Louisiana Governor Bobby Jindal is calling on the Federal government to invest in more protection for the state. According to Baton Rouge’s WRFK, Gov. Jindal has called the new levees “money well spent….If the proper protection systems are built,” Jindal said, “then we can protect our people and our communities.”

Exactly one week before Hurricane Isaac made landfall, the Design-Build Institute of America was holding its annual federal sector conference, Design-Build a Better Nation, in Crystal City, VA. There, Federal owner agencies and design-build practitioners gathered to learn best practices in the project delivery method. A highlight of the educational offerings was an advanced session on the Design-Build of the Surge Barrier presented by the Corps in conjunction with their design-build partner.

In November, DBIA will present Karen Durham-Aguilera, P.E., SES, Director of Contingency Operations and Office of Homeland Security, U.S. Army Corps of Engineers, most recently Director of Task Force Hope in New Orleans, at the 2012 Design-Build Conference & Expo in New Orleans. Responsible for development and execution of the Corps’ hurricane protection system and long-term planning of coastal restoration and hurricane damage reduction, she will address how the Corps used design-build to achieve its hurricane protection goals under intense time constraints. 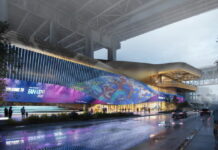 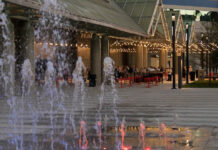 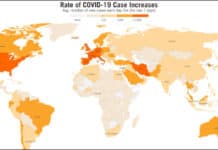 The Coronavirus Pandemic: “Nobody Saw This Coming”