Video is on the loose! This medium has escaped its confines and is rampaging through facilities. Facility managers (fms) know technology has been changing the way their facilities work, but lately it is also changing the way facilities look—employing video in places you would not expect. Full motion video displays are covering walls, both inside and outside, and are no longer restricted to conventional rectangular screens.

One of the best examples of this development is a display located in the lobby of the Comcast Center in Philadelphia, PA. The upper part of an entire wall there features a gigantic screen where videos and special effects are displayed throughout the day. Some of the more inventive displays include what appear to be life-size people on balconies, or climbing up the wall.

The screen is built from more than 6,700 LED modules, which are basically video “building blocks.” Each block measures about 18″ square and is covered with LEDs. Since the blocks are frameless, they can be assembled in any configuration. Software used to control the blocks allows them to be treated as a single display. (Check out this YouTube video for “Comcast Center Lobby,” or click this link to watch videos of this installation.)

But video isn’t just on walls anymore. Rugged LED panels are now sturdy enough to be used as flooring. Some companies have even combined the LED screens with motion sensors to create interactive floors that react to footsteps with a flurry of color and motion. (Check out this example, or search for “Interactive LED Floor” on YouTube.) Some retailers have been experimenting with these as a way to display ads in stores in one of the few places not already crowded with merchandise—below your feet. Some retail technology experts predict that in a decade or so floors and ceilings will be alive with video.

Another bizarre place video has shown up is on curtains (yes, you read that right). By attaching LEDs to flexible rubber strips, it is possible to display video on curtains flexible enough to sway in the breeze and let people walk through them.

In some facilities, video is taking over the outside as well. For example, in China’s City of Dreams, a purpose-built gambling mecca designed to compete with Las Vegas and other world-class gambling destinations, four hotels are cloaked top to bottom in LED video displays that showcase a coordinated light show. The company that installed the architectural video facades has a video montage of its projects that are mind-blowing (visit www.standardvision.tv).

Yet, probably the most captivating video effect you will see on facility exteriors is 3D projection mapping. Specially prepared video is projected onto a building, using the contours of the structure as part of the display. This is done by first creating a 3D model of the building facade, which is fed into special software that aligns elements of the video exactly to doors, windows, and other features.

When the video is projected onto the building, the structure seems to come alive with color and movement. The effects are truly amazing. The photos seen here are of Sugar Land, TX City Hall; video can be viewed at www.ldsystems.com.

Just imagine where these technologies might lead. A floor could guide visitors to their destinations with arrows showing the way. Each visitor could be shown a customized route as the floor senses his or her RFID visitor badge. That same floor could guide people to safety when smoke obscures exit signs mounted near the ceiling. Imagine hallway and elevator walls that become communication mediums, informing occupants about events and announcements. The possibilities are exciting.

Whether it is for advertising, attention getting displays, or an artistic statement, unconventional video displays are starting to make their mark on facilities. And as cost continues to drop, while quality and innovation grow, it seems inevitable that facilities will feature more of these jaw-dropping displays. 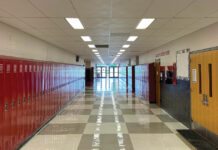 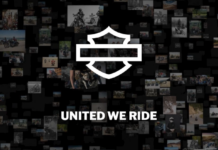 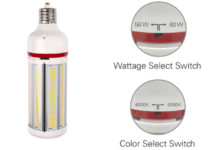